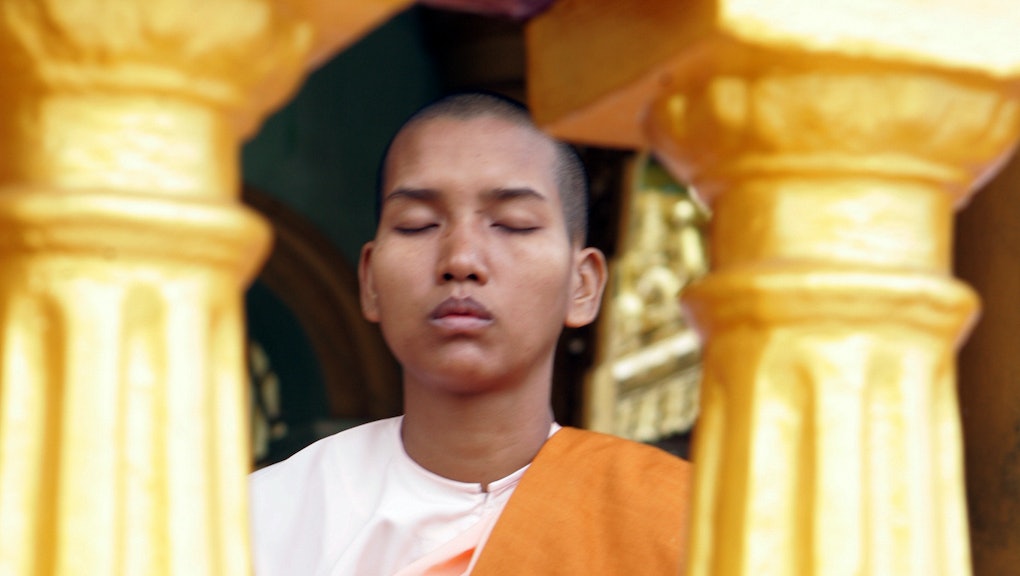 Harvard Scientists Found Something Surprising About People Who Meditate

The news: It turns out meditating is good for more than just quiet time: It can actually help us fight the cripplingly high stress levels we experience during our busy lives, in the office or elsewhere.

Scientists from Harvard University and the University of Sienna recently found that meditation is so powerful it can change the physiology of a person's brain, resulting in positive changes like a decrease in anxiety and depression.

The science: Scientists put 24 participants with no history of meditation through an eight-week course on best practices for, "mindfulness based stress reduction (MBSR)," fancy science talk for meditation. The course consisted of 2.5 hour sessions each week where participants learned "body scanning, sitting meditation, walking meditation and mindful stretching movements." The scientists also requested each participant perform at least 45 minutes of meditation each day. MRIs were performed before and after the meditation boot camp, and each participant answered a series of psychological evaluations to determine their stress and anxiety levels before and after the MBSR course as well.

The team compared these results to a control group who went through no meditation training at all during the eight weeks.

The comparison demonstrated "an increase of cortical thickness in the right insular lobe and somatosensory cortex" of the meditation group. In layman's terms, meditation made parts of the brain corresponding to emotion and perception thicker. This ultimately resulted in "a significant after-training reduction of several psychological indices related to worry, state anxiety, depression and alexithymia."

The takeaway: We live in a society where depression, anxiety, and stress are increasingly part of our lives. Stress levels among Americans have risen by up to 30%, and it's not much better in Europe or Asia, where anxiety and depression is growing at alarming rates. Instead of solving the root causes of these problems, Americans are resorting to antidepressants at a higher rate than ever before. One in 10 Americans is now taking a prescription antidepressant.

Meditation, while not a panacea, can help us deal with such a society by decreasing our stress levels and increasing our abilities to emotionally relate to ourselves and others. And with further research, it could provide an alternative to being constantly doped to the gills in order to be happy (or just less sad).