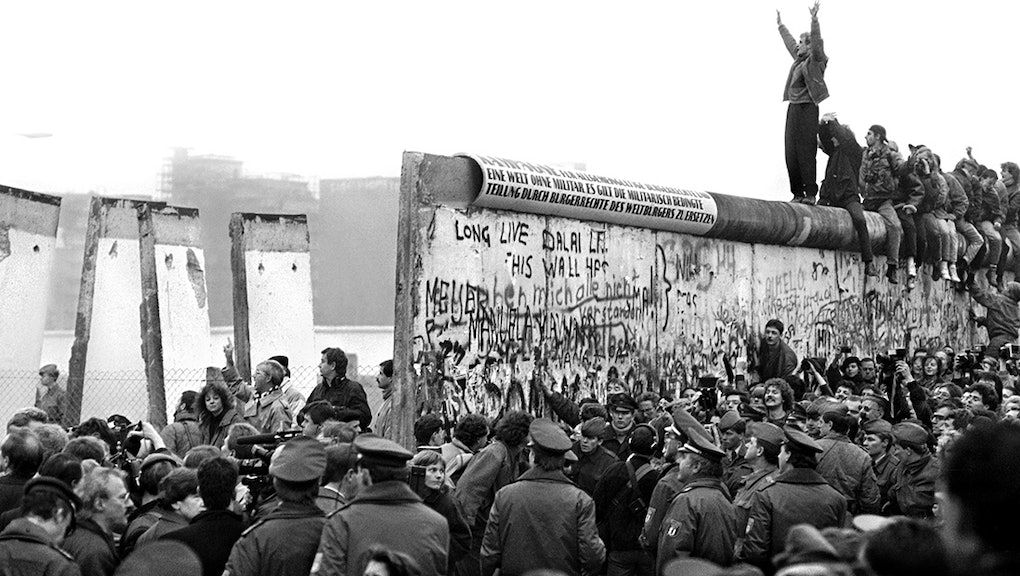 Sunday marks the 25th year since thousands of cheering Germans were united for the first time in a generation when the Berlin Wall fell on Nov. 9, 1989.

The 87-mile concrete barrier was erected on a single night on August 13, 1961 to sever West Berlin's access to East Berlin and East Germany.

But on Nov. 9, 1989, after they overpowered border security guards, Berliners from both East and West Germany linked hands and danced around their liberated territory. Many climbed over the wall, an act that was met by gunshot in the previous days and years before the wall fell.

The wall was supposedly meant to protect and insulate the young socialist republic from residual fascism in non-communist and West Germany, according to East German authorities at the time. Yet by 1961, 3.5 million people had already fled East Germany. Each successful departure chipped away from the entire Soviet stronghold across Central and Eastern Europe. The collapse of the Berlin Wall in 1989 unleashed a domino effect of change, fueling revolutions in Hungary, Bulgaria, Czechoslovakia and Romania that same year.

To commemorate the wall's infamous toppling, here are some photos from that fateful day that show just how important of an event this was in the country's — and the world's — history.