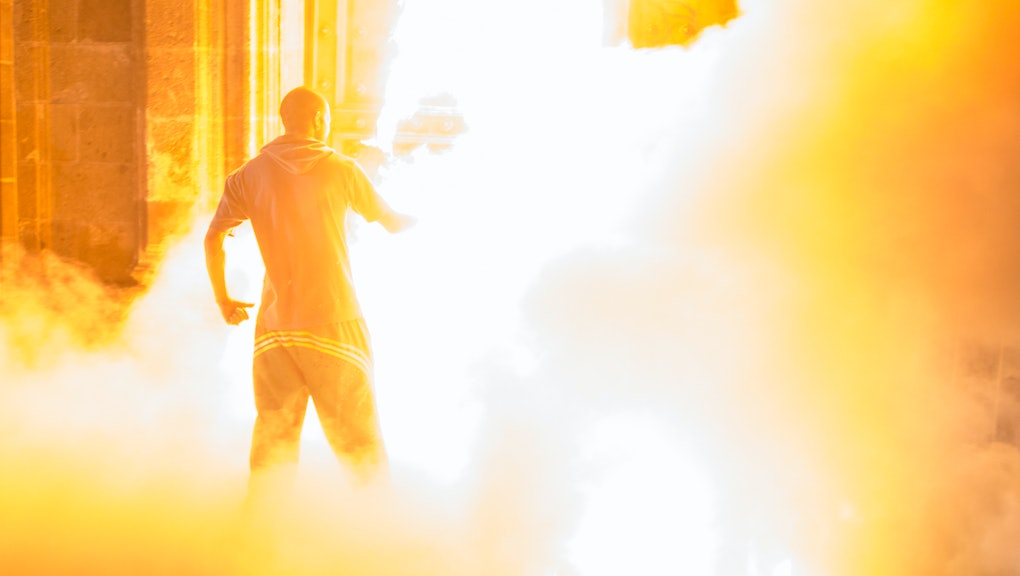 The news: Protesters set fire to the wooden door of Mexican President Enrique Peña Nieto's ceremonial palace in Mexico City late Saturday night in an effort to demand justice for the massacre of 43 students and the disappearance of thousands of Mexicans.

The students' disappearance in September set off a slew of protests across Mexico. On Tuesday, authorities arrested Iguala Mayor José Luis Abarca and his wife, Maria de los Angeles Pineda, who were deemed the masterminds of the disappearance. Authorities claim Abarca ordered the attacks because the mayor presumed the students were planning to interrupt a speech his wife was going to make. On Friday, several gang members described the mass murder and incineration of the students in gruesome detail.

Mexicans are now taking a strong stand against the corruption and narcoterrorism that have plagued the country for years.

The murders: Gang members confessed on Friday to torching the remains of the students in a massive inferno near the city of Iguala before stuffing the remains into bags and disposing of them in a river.

Murillo showed taped confessions of the detained gang members, images of the site where corpses were found and video re-enactments of how evidence was moved. Authorities have also arrested 70 suspects, among them dozens of police held in connection with the crime.

"Teeth of victims found at the scene were so badly burned that they virtually disintegrate into dust upon being touched," Murillo added, describing the crime. "The fire lasted from midnight to 2:00 p.m. the next day. The criminals could not handle the bodies until 5:00 p.m. due to the heat."

The announcement and details of the crime sparked protests in the capitol as demonstrators attempted to forcefully break into the National Palace and another large crowd protested in front of the attorney general's office.

Why it matters: The endemic corruption, alleged collusion between government officials, local police and drug gangs is not just Guerrero state's story.

In February 2013, the administration of President Enrique Peña Nieto acknowledged that more than 26,000 people had been reported disappeared or missing since December 2006.

The missing students in Guerrero state have galvanized an entire country to protest despite the risk of retribution. As firemen fought the flames at the presidential palace, protesters chanted a familiar demand: "They took them alive, we want them back alive," the AFP reported.

"We are asking the same thing as usual," a masked student said. "We want to see our friends alive."