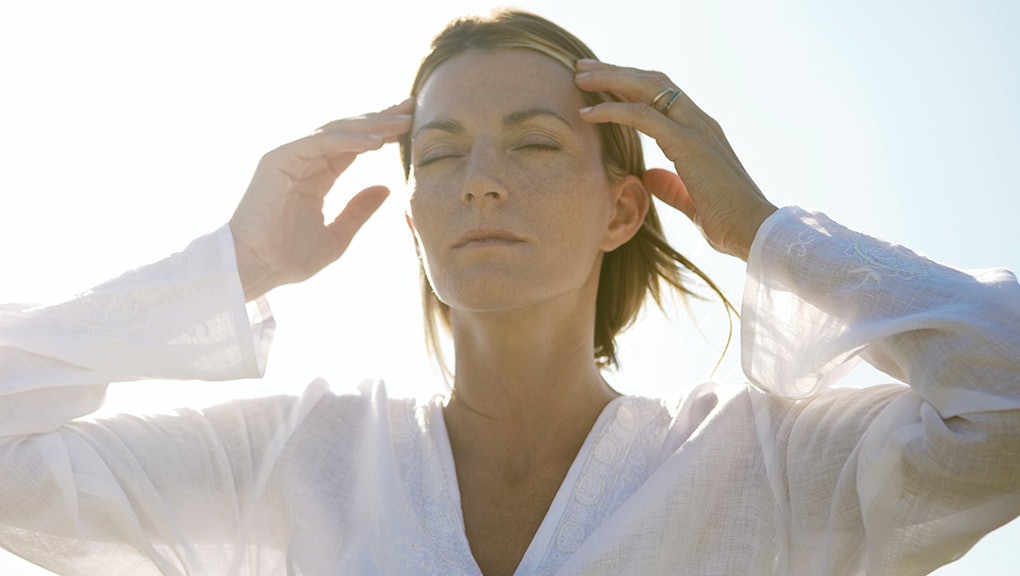 The news: Scientists at the University of Washington have discovered human telepathy — or rather, invented it.

In their paper published this month in PLOS One, the research team described how they placed one individual in front of a screen displaying a video game, but without the ability to control it. A second person was seated away from the screen, holding the controller for the game. Using an inventive combination of electrodes, electromagnets and brain stimulation, the scientists were able to enable the screen-watcher to remotely manipulate the second volunteer's hand into controlling the video game.

Courtesy of the researchers, here's basically how it works:

Basically, when Player A wanted to manipulate the game, he just thought about moving his hands. A cap of electrodes on his head picked up the brain signals for this thought and sent them half a mile a way to the section of Player B's brain that controls hand movements. The electromagnetic simulation automatically made Player B's hands move to control the game as Player A's thoughts had intended. All of this happened in a split-second with a successful conversion rate between 25% and 83%, depending on the pair of players.

So what could this actually mean? Advanced man-machine interfaces have long been imagined as one of the ways in which humans will eventually merge with machines, but this experiment is one of the first to demonstrate that humans can interface directly with other humans' brains.

A related experiment in August successfully ended in the transmission of a one-word email message between two human brains, but at an equivalent speed of 2 bits per minute. As Vox's Susannah Locke notes, these newer findings are important because they demonstrate non-verbal interaction between minds may be easier than interacting with machines, and relatively easy given that the experiments use common off-the-shelf parts such as electrodes and transcranial magnetic stimulation devices, which are already common in medical research.

As the technology progresses, so too will the ability for humans to interact with machines and each other using only their minds in much more impressive ways. What form that will take isn't exactly clear — future generations of humans could be trading email messages or collaborating on projects using only their brains. Perhaps the technology could even be used to measure or transfer emotional states. The UW researchers are particularly interested in whether or not it's possible to transfer knowledge between brains — in the distant future, perhaps you could even download a college degree.

Then there's the possible therapeutic applications. "We believe that it would be worth exploring the idea that you can help the [brain's] recovery process by literally transmitting the waves of a healthy brain to the brain that has been damaged," study author Andrea Stocco said in a UW video. Researcher Chantel Prat told the Huffington Post that "this technology could eventually be used to 'patch' what is missing or lost in a brain-damaged individual."

Brain-to-brain interfaces could one day help redefine how we envision consciousness or the concept of self-determination. While this probably isn't going to lead humanity to transcendence, it could open up new avenues of human experience never experienced before within our lifetimes.