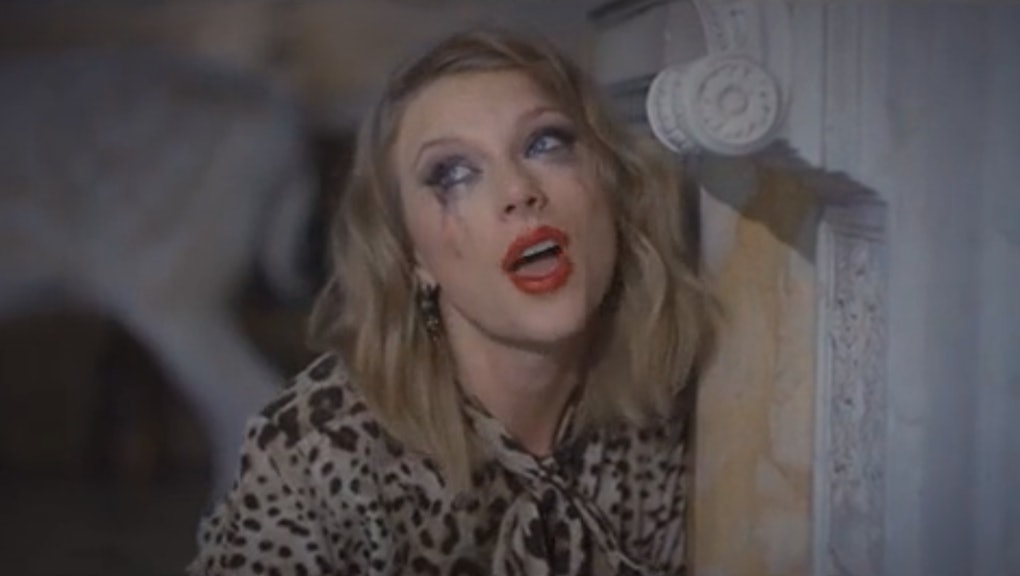 Taylor Swift has written a break-up song for nearly every celebrity she's dated. Needless to say, she's built herself a bit of a reputation among critics for being a jealous and spiteful lover. But Swift's new video for "Blank Space" represents some major self-awareness about the criticism.

This is what it looks like to break up with Swift, according to the sheistiest gossip columnists.

"I've got a long list of lovers, they'll tell you I'm insane," she sings on the hook, as she smashes her ex-lover's car, tears his shirts and stabs his portraits. He drives off in tears before another drives right up to her mansion to replace him. Blank space, filled.

"We write from personal experience, and I think everyone does, so it would be hypocritical of us to be like, 'Oh you can't write about us,' And she's really good, so they're good songs. So I'm really lucky in that sense."

It's the right attitude to have. If you're going to date Swift, you may have to tolerate watching 46.5 million Swift fans dancing to a song about how much you suck. And if you are Swift, you have to be able to laugh at yourself and your alleged craziness if you still wanna keep your songs light and fun. Everybody wins.