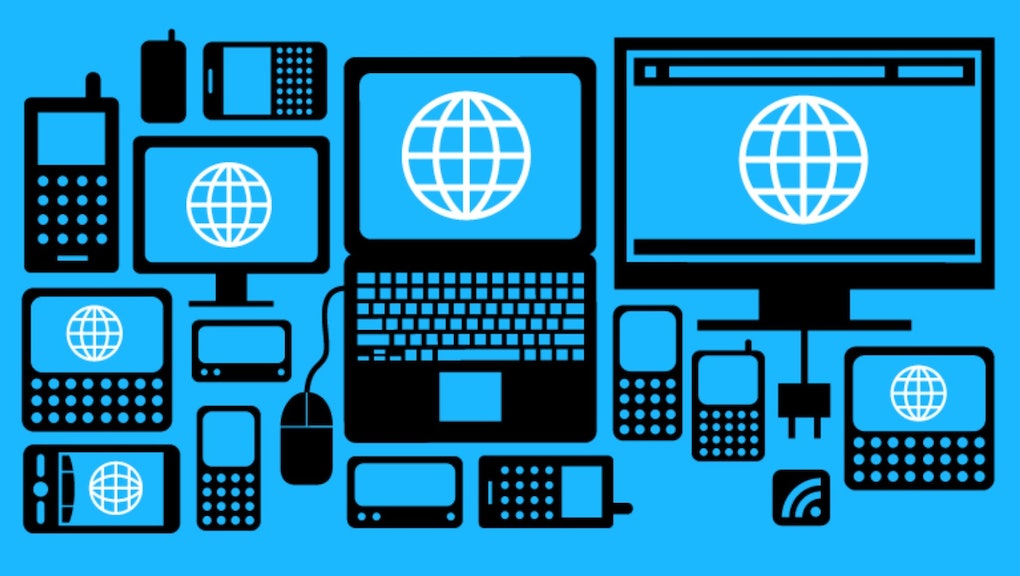 If You Use the Internet, You Should Care About Obama's Latest Announcement

The news: President Barack Obama called for the "strongest possible rules" to protect the open Internet on Monday, asking the Federal Communications Commission to reclassify it as a utility like traditional phone lines and prevent Internet service providers from charging different rates based on the websites people visit.

Following reports that the FCC is preparing to ditch the so-called "net neutrality" — the principle that Internet service providers treat all data from a Netflix stream to your Facebook profile equally in terms of speed and pricing —  in favor of a "hybrid" system, the Obama administration has issued one of its strongest calls for true net neutrality yet.

What does this mean? "Net neutrality" prevents Internet providers like Verizon and Comcast from dictating the kinds of content you're able to access online. For the average Internet user, it means that you'll be able to watch Game of Thrones or freely use Facebook and Gchat without worrying about arbitrarily slow connection speeds and infinitely buffering videos.

"Abandoning these principles would mean the end of the Internet as we know it," Obama said in a video statement released Monday morning. "That's why I'm laying out a plan that will keep the Internet free and open. That's why I'm urging the Federal Communications Commission to do everything they can to protect net neutrality for everyone."

The background: Obama's three major demands are regulations that prohibit ISPs from blocking websites, throttling traffic or forging sweetheart deals that allow companies to pay for priority speed for services.

Obama told the FCC, an independent agency over which the president has little direct control, he'd like them to use their power under the Telecommunications Act to reclassify broadband internet as a Title II telecommunications service, which would subject ISPs to greater regulation.

Reclassifying broadband internet as a common carrier under Title II would give the FCC authority to impose all these rules, the Daily Dot explained:

Section 706 would give the FCC the authority to regulate ISPs to "promote competition in the local telecommunications market" and "remove barriers to infrastructure investment," but it's not totally clear how that would allow the commission to safeguard net neutrality.

Since the Title II framework is quite old and the laws haven't been updated since 1996, the Obama administration is suggesting the FCC apply its authority to forbear and exempt ISPs from sections of the Communications Act it decides doesn't apply to broadband Internet.

This approach would prohibit ISPs from setting up Internet "fast lanes" for preferred content while still giving the FCC wiggle room to enforce the laws in a way that makes sense.

Why you should care: Officially, Obama's announcement doesn't change anything. The FCC is an independent agency, and while its five commissioners are appointed by the president, Obama can't remove them or overrule their decisions. The FCC could easily ignore the president and do something different.

But Obama's proposed change is the one that most of the Internet community has been asking for since the debate on net neutrality began.

"It's important that he specifically forbids blocking, throttling and paid prioritization," Gizmodo's Adam Clark Estes wrote, "because pretty much everybody agrees that these are bad for the Internet" — except for people who stand to profit from them.

There's a strong business case against this proposal: Network neutrality opponents say that reclassifying the Internet as a public utility means Internet providers will be slammed by outdated regulations that were designed for old telephone networks. But if the FCC ignores Obama and continues to push through its "hybrid" plan, they will come under even more public pressure.

So far, some prominent backers of net neutrality are happy the president has come out in their favor.

Meanwhile, Sen. Ted Cruz (R-Texas) still has no idea what he's talking about.