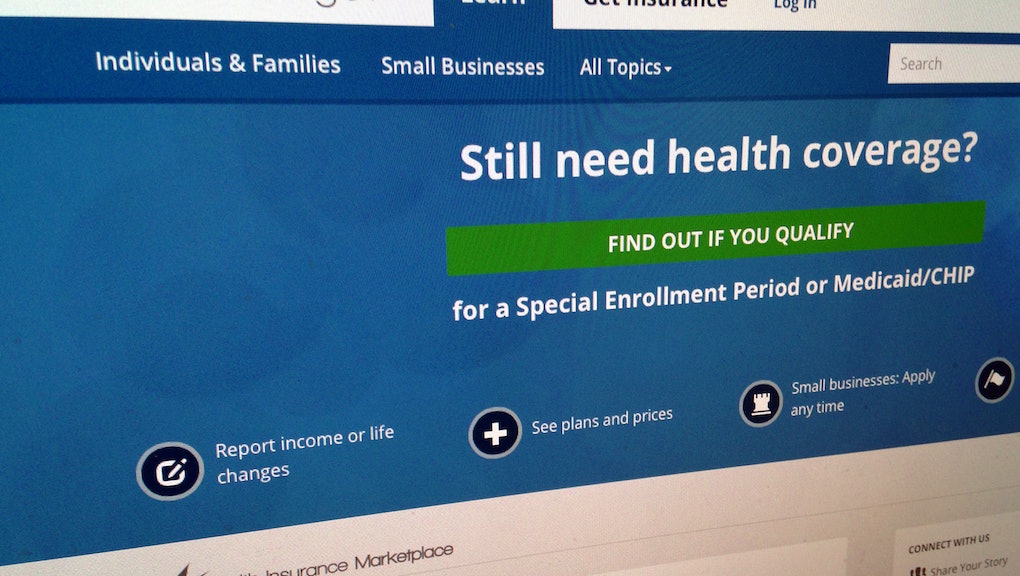 Study Shoots Down Two of the Biggest Myths About Obamacare

Considering all the partisan bickering over the Affordable Care Act, it would be tempting to assume the law is as terrible as Republicans make it out to be – but not so fast.

A study by the nonpartisan Urban Institute shows that Obamacare is making progress in two key respects. In 2015, premiums will actually decrease or remain steady in many parts of the country, and increase at a lower-than-expected rate in others. Likewise, insurers like Aetna and UnitedHealth Group are expanding their participation in the exchanges this year, providing consumers with more choices at lower costs.

These developments run counter to those promised by Obamacare's critics, who predicted that premiums and costs would skyrocket in the second year of coverage under the law. And it's great news for millions of Americans who will soon be shopping for health care coverage. The open enrollment period, when consumers can sign up or make changes from last year's choices, begins Saturday, Nov. 15, along with the launch of a revamped healthcare.gov (hopefully without the glitches that plagued last year's roll out).

Lower costs: Critics of the health care law feared that there would be large premium increases in 2015, but the Urban Institute finds the opposite. The survey found that "[p]remium increases will be quite low between 2014 and 2015," with most of the reductions occurring in large cities. Customers in rural areas are most likely to see their premiums rise.

Because of increased participation from insurers, "in most states, consumers will be able to buy a plan at a lower cost than in 2014, or at a small increase (less than 5%)."

However, the authors of the study noted, "consumers may have to switch insurance companies to get the best deal." But that switch should be easier to make this year now that healthcare.gov has been revamped.

The new website: On the new healthcare.gov, people can see prices and the details of other health plans, the New York Times reports. Users can key in information about their income and family size for an estimate on the amount of assistance they would receive on a particular health plan. Another new feature will show smokers how much of a surcharge is added for tobacco use.

Last year consumers had to wait until the day the site opened to examine the options. This year consumers can start window-shopping five days out from the site's opening on Saturday.

Despite the constant promises from Republicans to repeal the Affordable Care Act, Americans seem to be responding well to it. Participation by insurers is up an estimated 20% to 25% from last year, Forbes reports. In Illinois alone, the number of "qualified plans on that state's exchange 'more than doubled.'"

Will Americans feel the benefits? Ultimately, the success or failure of the Affordable Care Act will depend on the experience of everyday Americans who successfully sign up for health insurance plans they otherwise would not be able to afford. So far, millions have — Gallup found recently that the percentage of Americans without health insurance was at its lowest point in years.

This study's findings rebut critics who chalked up the first year's enrollment numbers to a fluke that would decrease when higher premiums and skyrocketing costs put coverage out of reach for many of those who signed up.

Republicans in Congress should think twice before they try to repeal the health care law. The Affordable Care Act might not be perfect, but, as evidenced by this study, it's certainly helping a lot of Americans, and will continue to do so.