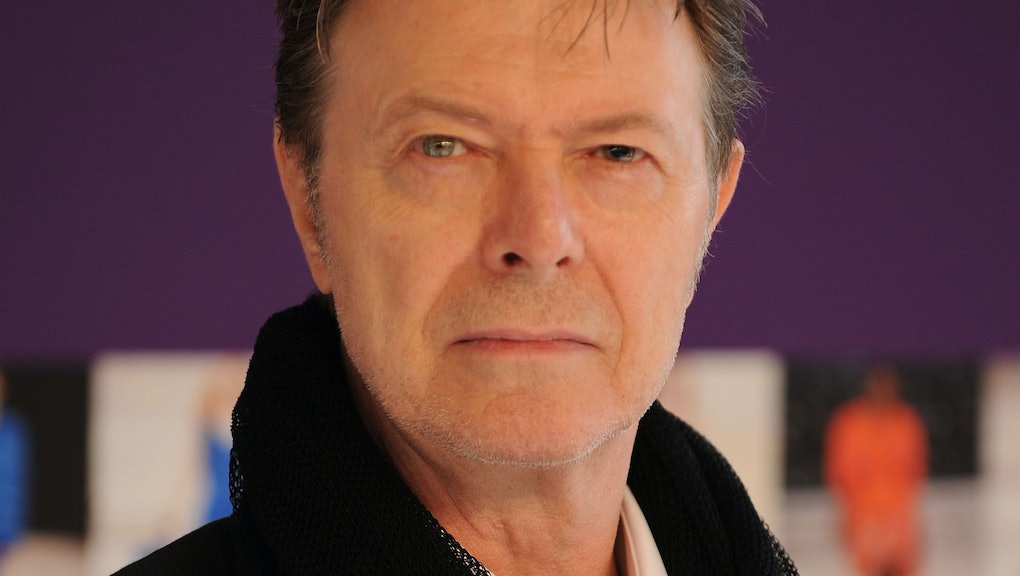 Nearly 50 years into his magnificently kaleidoscopic career, David Bower is still breaking new musical ground. His latest song, "'Tis a Pity She Was a Whore" is as off-kilter as its title suggests, and it shows that Bowie is still in full control of all his quirky creative powers.

David Bowie has always been the absolute master of beautiful and ground-breaking music. This song, which references John Ford's 17th-century play about incest (of course), is no exception. Bowie described the new song in a typically opaque manner: "If Vorticists wrote rock music, it might have sounded like this." His website claims the song "acknowledges the shocking rawness of the First World War." Weird as it sounds, it's totally true — it's dissonant, angular and jarring, but it has some real momentum and raw energy behind it. It's also got a great set of absurdist lyrics to match.

"'Tis a Pity She Was a Whore" is set to be released as a B-side to Bowie's previous single, "Sue (Or in a Season of Crime)." Both singles will appear as a part of a new career-spanning compilation, Nothing Has Changed. These days, that seems undeniably true. Few artists attempt push boundaries this hard this late in their careers. But he wouldn't be Bowie if he wasn't constantly challenging us to think deeper about what music can be.