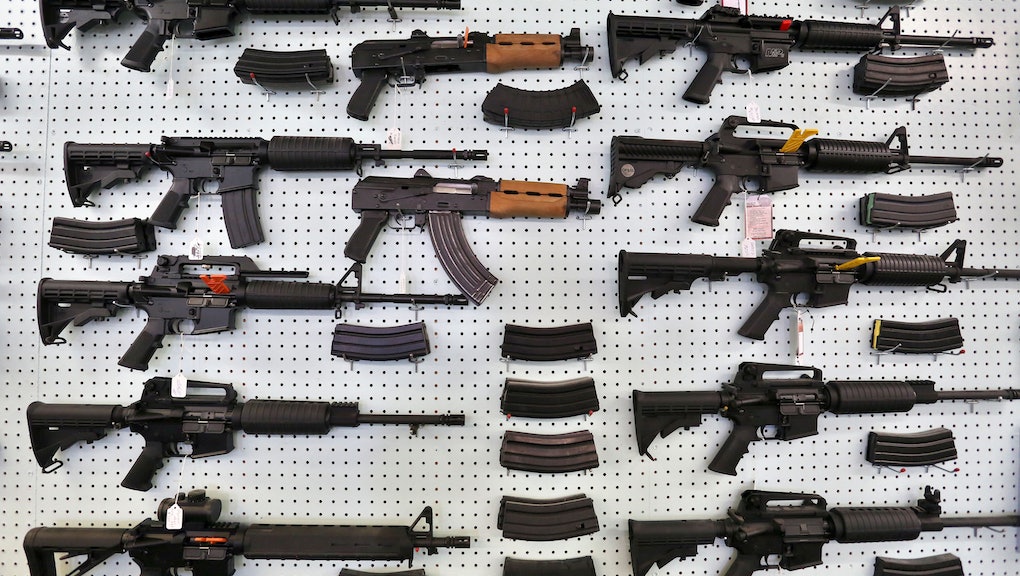 Guns do not keep you safer in the home. Rather, gun ownership increases the risk of death for those in the household — regardless of the type or number of guns owned or how the gun is stored, as the Minneapolis Post reported in 2012. Owning a gun puts the entire household at a higher risk of a gun-related accident, suicide or homicide than non-gun-owning households.

But with all of the facts laid out on the table, the continual increase of Americans who associate guns with safety in the home is baffling. Evidence does not support this overwhelming sentiment. Crime rates have decreased significantly in the past two years, yet it appears Americans feel more of a need for protection than ever before.

Beliefs versus the facts: For some reason or another, guns are "taking on a more protective role than in the past" and there is now a perceived safety value around owning a gun. But that notion is largely unfounded — particularly as it relates to guns kept at home.

According to Harvard researcher David Hemenway, who conducted a study on the subject in 2011, "'it is important to recognize that the home is a relatively safe place, especially from strangers,'" the Minneapolis Post reported. Most burglaries don't occur when someone is at home and, overall, only "5% of all crimes of violence perpetrated by strangers occur at home."

For every rare instance when a gun is used in self defense, Mother Jones reported that "there are seven assaults or murders, 11 suicide attempts and four incidents involving guns in or around the home." So yes, there may be an instance in which a gun comes in handy, but the risks far outweigh that instance.

If that statistic isn't alarming, the likelihood of a child pulling the trigger should be. An experiment found that "one-third of 8- to 12-year-old boys who found a handgun pulled the trigger." The risks are significant enough that the American Academy of Pediatrics recommended in 2000 that pediatricians advise parents to remove guns from the home.

So, not only are those guns in the household not reducing the risk of crime or the risk of injury during a break in, they are creating new risks.

Guns outside the home: Although the Gallup poll centers on guns in the home, many Americans have made similar arguments in regards to guns in the public sphere, particularly in light of the number of mass shootings recently. But guns haven't helped in those situations either. In the past 30 years, civilians have not stopped any mass shootings.

These discrepancies between the data and the majority American sentiment should be cause for question. The fact that a such a large percentage of the population holds a belief that, frankly, has no statistical backing is alarming.

If more Americans knew the real statistics about guns, discussions on gun control might be headed in a different direction.