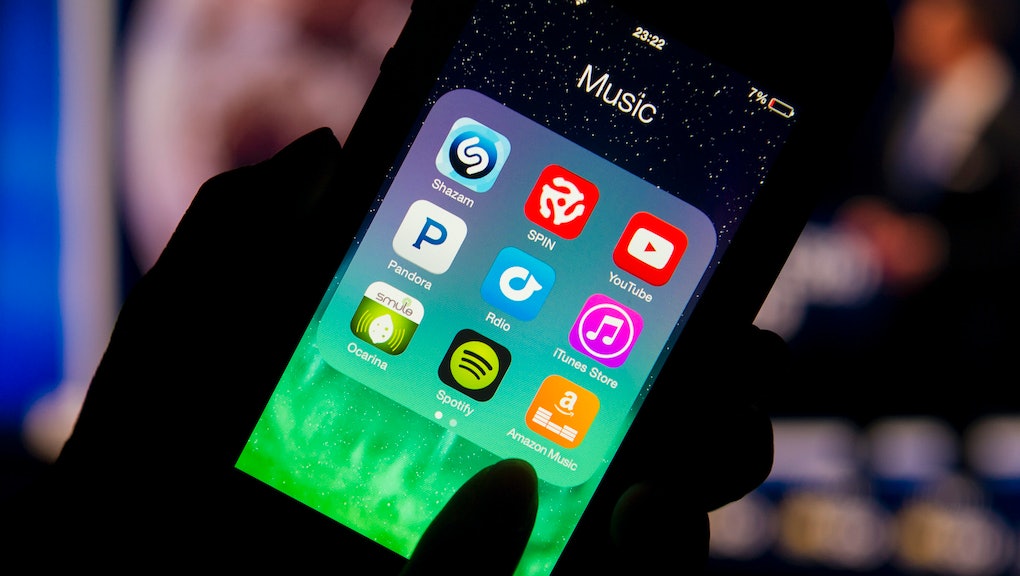 Sweden Has Done the Seemingly Impossible for Streaming Music

The way American musicians talk about Spotify, you would think it was the devil.

Taylor Swift recently pulled all her music from the streaming service, saying it treats artists "unfairly" and contributes to an unhealthy perception that music is "valueless." Thom Yorke recently subverted all traditional distribution models and released an album through a BitTorrent because, as he put it, Spotify is the "last desperate fart of a dying corpse." American artists make so little revenue off streams that the federal government has gotten involved.

The future of streaming in America is uncertain — and the way artists are compensated right now is inexcusable. But there's one country that proves that this model can work: Sweden.

Musicians currently make five to 10 times more money off streams in Sweden than in the United States. The Nordic musical paradise, which is responsible for an inordinate number of American pop hits, has found a way to make streaming profitable for artists. And contrary to what T-Swift would like you to believe, America can too. Shake off the haters and check the numbers.

In a recent defense of Spotify, independent artist Ron Pope shared that he made eight times more per capita in Sweden than he did in America. Nearly 97% of this Swedish revenue came from Swedish streams. Big-name label artists can also make the system work. World-renowned DJ Avicii also makes more off his Spotify streams — the bulk of which come from Sweden and Norway — than all his global iTunes and CD sales combined.

Avicii and other artists earn so much more in Sweden because a far greater percentage of the country uses and pays for streaming services than in America. But that percentage isn't even that large. Based on numbers from 2013, only 10% of Sweden's music-consuming public pays for streaming. This 10% creates more than 70% of the music industry's total revenue. This revenue, driven by streaming, is currently skyrocketing. Sweden's music industry has reported revenue growth every year since 2008, when Spotify was created. This works out to a total that's 40% below the peak revenues the country made in the pre-Napster era, but it's building in the right direction.

Compare that growth to the recording industry in the U.S., which is still a predominantly "downloads and purchases" economy. In the past few years we've posted roughly a 20% decrease in revenue over that same period. That difference could fund many artists who, under the current system, never get a chance. Just last week, Aloe Blacc wrote an editorial for Wired in which he summed up the problem perfectly: "I, for one, can no longer stand on the sidelines and watch as the vast majority of songwriters are left out in the cold, while streaming company executives build their fortunes in stock options and bonuses on the back of our hard work."

But streaming services can raise industry revenue because in an ideal world they draw more money from each consumer. The average physical media consumer spends around $55 a year on recorded music. But the average Spotify subscriber spends $120 (12 months at $10 a month). To put it in perspective, 6 million U.S. citizens pay for streaming services. This is a paltry .01% of our music-consuming population. If 10% of our population started paying for streaming, like it does in Sweden, we'd have 30 million subscribers, which would generate a lot of money for labels to share with their artists. When a significant portion of a population recognizes the value of streaming and starts to pay for it, everybody — the artists, the industry and the consumers — wins.

Streaming is not the lost cause that Taylor Swift, Thom Yorke and so many other artists have claimed it is. It's merely in its infancy. Bono actually recently suggested that it may not be the streaming services' fault that artists aren't getting paid; it's the labels and the way they distribute the money. "When people pick on Spotify: Spotify are giving up 70% of all their revenues to rights owners," he said. "It's just that people don't know where the money is because the record labels haven't been transparent." A lot of this anger, then, may be misplaced.

As Spotify and other services become more popular ways for Americans to consume music, they will start to bring in more money and start compensating artists adequately. It feels disingenuous just to tell disgruntled artists to hold on and wait it out, but that might be the only option available. We're in too deep to the digital revolution to back out now. But Sweden is the light at the end of the tunnel.