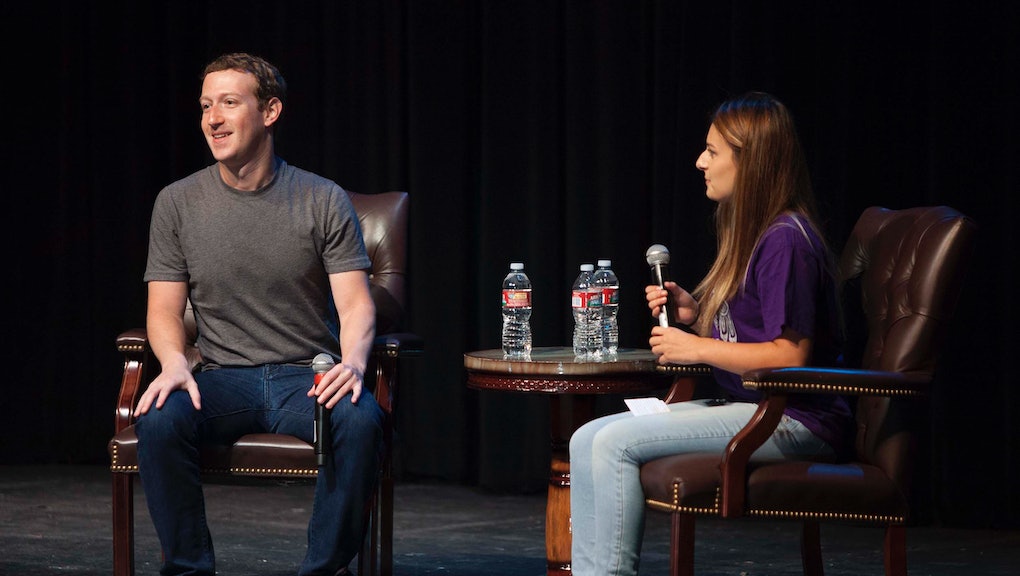 There's nothing wrong with gray T-shirts.

But Mark Zuckerberg's recent response to a question about his signature shirt missed the mark and landed on a rather pervasive double standard. In a public question-and-answer session last week, highlighted by Design Taxi, the Facebook founder was asked about why he wears the same gray shirt all the time. His answer:

"I feel like I'm not doing my job if I spend any of my energy on things that are silly or frivolous about my life."

Is there anything wrong with wanting to simplify your life? Not inherently. But Zuckerberg's comment, particularly with the word "frivolous," echoes a double standard heard too often in media: That women's focus on "unserious" things such as fashion preclude them from focusing on more important things — and it prevents others from taking them seriously.

It's the same double standard at play when female CEOs like Yahoo's Marissa Mayer are criticized for posing in fashion magazines or expressing a love of style.

And sportscaster Erin Andrews expressed her aggravation at facing the same line of questioning, telling HuffPost Live earlier this year, "People talk about the way you dress and the way you care about what you look like" when you're a woman, she said. Her male counterparts also care what they look like, she noted; and more importantly, she said, "What's wrong with showing that you're a woman who takes care of her body and works out and likes to dress up and wear lip gloss?" Are those things mutually exclusive with doing your job well and being taken seriously as a professional?

They shouldn't be. Cosmopolitan Editor-in-Chief Joanna Coles, no stranger to both the "frivolous" and the serious, put it best to NPR earlier this month:

I think that women's lives are multilayered. I have no problem understanding that women are interested in mascara and the Middle East. Men are allowed to talk about sports relentlessly, and yet we still take them seriously. I don't understand why women can't talk about fashion, or sex, or love, or wanting more money and not be taken as seriously as men.

A point well made — and, to be honest, not one Zuckerberg might necessarily disagree with. Zuckerberg's explanation for his gray T-shirt was based largely on psychology and his own day-to-day efficiency.

"There's actually a bunch of psychology theory that even making small decisions around what you wear or what you eat for breakfast, things like that, they kind of make you tired and consume your energy," he said on stage.

Nothing wrong with saving up energy. But the CEO's phrasing, purposeful or not, underscores a lurking stereotype about females who choose to embrace certain mundane daily decisions and draw joy from them. Male CEOs, politicians and leaders are rarely criticized for low-brow interests (we rarely hear a peep when President Barack Obama expresses his love for NCAA basketball and Modern Family). We should leave space for women to embrace similar unserious interests, including fashion, without branding it as frivolous.

As Coles said, we should all be allowed to be so multilayered.