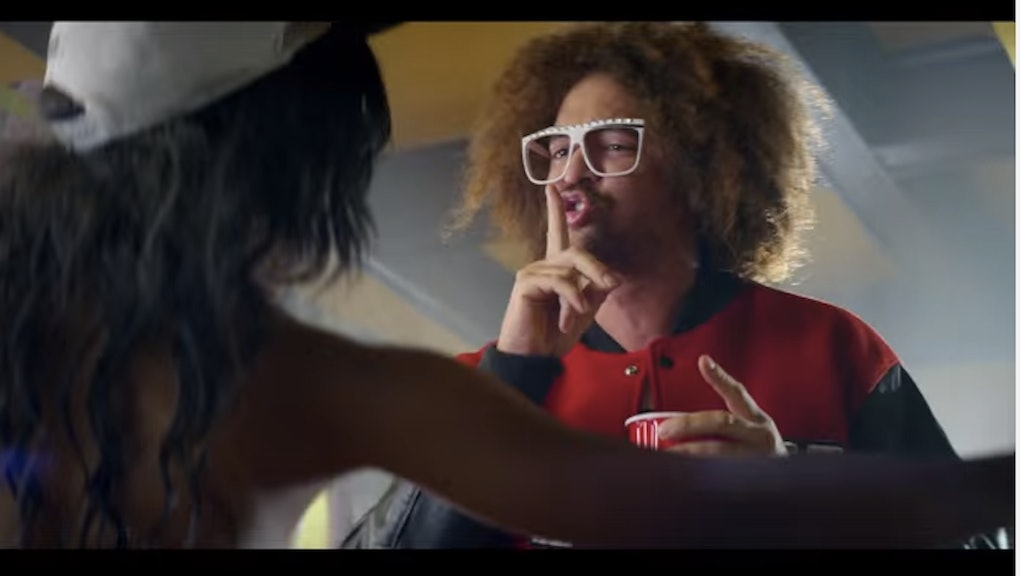 This Is the Most Sexist Song Ever Made

If you're a woman who doesn't want to get wasted, salaciously shake her hips and pretend to be a lesbian for the sole purpose of heterosexual male pleasure, Play-N-Skillz have a message for you: "Shut the f*uck up."

In what has already been dubbed "the most offensively sexist song ever made" Lil Jon, Redfoo and Enertia McFly are featured violently shouting at women who dare be autonomous human beings in "Literally I Can't." The women in the video are physically and verbally attacked for attempting to exercise their right to say no, a core principle of rape culture. Worse, any woman who doesn't seem onboard with the frat bros' program is portrayed as whiny and annoying — definitely not "cool."

Indeed, the song is all about removing women's agency — women in this context are only around in order to amplify the power of the men around them:

Lyrically, this is no masterpiece. The song includes such non-sensical sentences as, "trying to see what you got, not see what you think" and "you're an annoying bitch because you're talking." Someone pass me a fossilized animal bone because it seems like we have re-entered the Stone Age.

But such troubling grammar pales in comparison to the song's problematic messages. In the world of Play-N-Skillz, women must be controlled not by themselvesbut by the man around them. If they disobey, they get punished for doing so — and they'll probably end up being forced to do it anyway.

Since women have been historically silenced — remember that time we weren't allowed to vote? — and oppressed — just take a look at Google searches — this video reinforces everything that's wrong with our culture.

Women, just like men, are allowed to do what they want and say what they want, and whoever tells us otherwise are the ones that really need to shut the f*uck up.