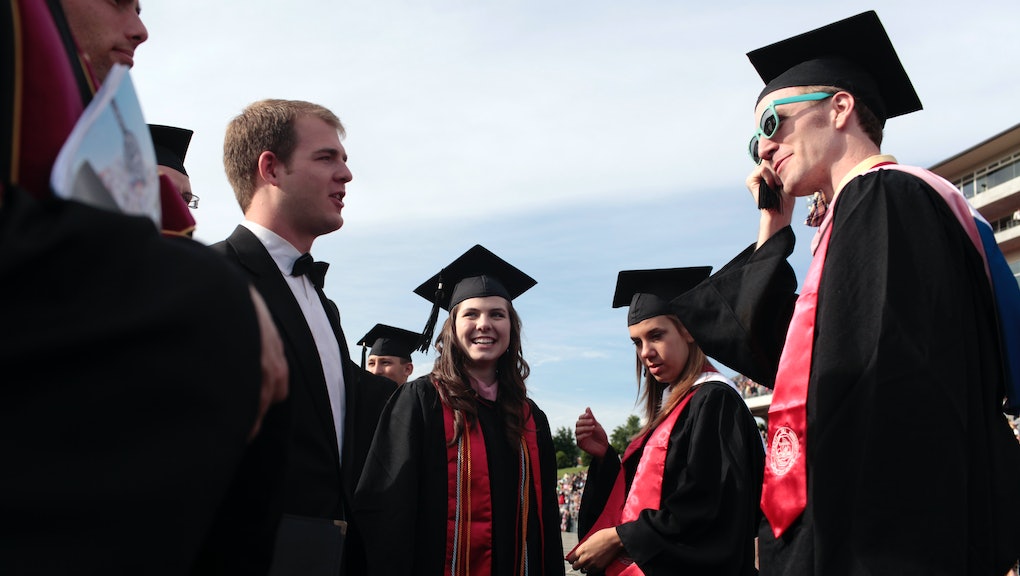 The Most Popular Colleges in America Aren't the Ones You'd Expect

What are the most popular colleges in the country?

You probably think that Ivy League powerhouses like Harvard and Princeton top the list. But a look at the colleges which have received the highest growth in admissions applications since 2003 reveals something surprising: It is Liberty University, the evangelical Christian school in Virginia founded by the late Jerry Falwell, which tops the ranking. The school experienced a whopping 993% growth in applications since 2003, far outpacing second-place St. John's University in New York City with 321%.

Using data from the National Center for Education Statistics, here's a look at the schools which have experienced the highest growth in applications since 2003. (Note: The charts below are limited to schools that attracted at least 3,000 applicants in 2003):

In comparison, here's a look at the growth of the top 25 schools included in U.S. News and World Report's annual ranking. The University of Chicago, the publication's fourth-best school, ranked No. 16 in application growth with a 233% increase:

Of course, growth in applications alone is not the only way to measure popularity. But the trend is still striking. How are these 25 schools outgrowing the likes of Princeton and Harvard? Admissions counselors and deans at some of the nation's top schools attribute the changes to a series of factors, including ramped-up recruiting efforts, new financial aid programs, and the introduction of the Common App.

Phil Cauley, director of Student Recruitment and Transitions at Western Carolina University (No. 7), told Mic his school has made an "intentional commitment to invest more resources to increase enrollment." The university worked to increase communication, focus more on campus visits and boost the campus infrastructure and program offerings.

While these contributors might just seem like good marketing, significant application growth does indicate specific qualities a school offers.

"As a university, you really want to get a big a pool of applicants as you can so you're really selecting the student that will thrive there," said Douglas Christiansen, Vanderbilt University's vice provost for enrollment and dean of admissions. "Growth shows high name recognition, a high brand in the market and the sense that people believe your educational delivery or the education a student will receive is good."

While an increase in application numbers doesn't always correlate with popularity, the growth is still meaningful. Colleges are boosting their efforts to get the best possible students in their classrooms, and students are competing with an ever-growing pool of applications.

So watch out, Princeton. You might snag the "best" spot, but you're not necessarily the most "popular."