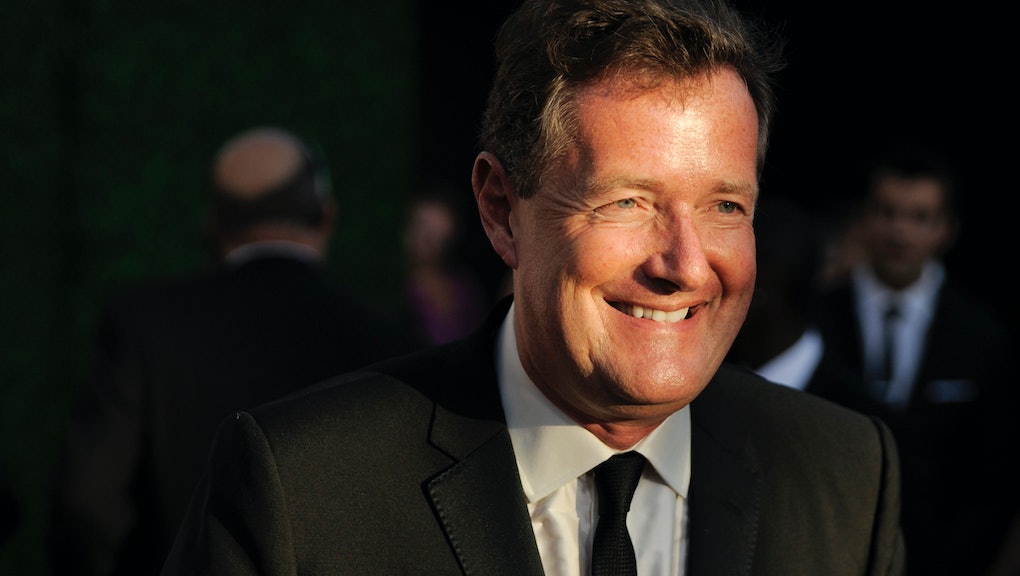 If You Want to End Racism, Policing Blacks Over the N-Word Is the Last Place to Start

When white people get involved in any discussion about racism, it's important to be aware of the way their privilege informs their perspective. While collaborative dialogue can be helpful, nothing prepares a white person to tell black people how they should navigate their community's complicated relationship to a racial slur.

Nevertheless, that's exactly the position former CNN host Piers Morgan found himself in this week, after penning a problematic Monday column in the Daily Mail chastising black people for their role in perpetuating the n-word.

Inspired by a front-page story from the Washington Post about the term, Morgan claimed the slur would only become less toxic if black people stopped using it altogether, as if that was some golden ticket that would magically solve racial inequality.

"The reason it is so ingrained in pop culture is that many blacks, especially young blacks reared to the soundtrack of n-word-splattered rap music, use it in an ironic way," he wrote, before deliberately hearkening to harsh imagery of violence during slavery. "Better, surely, to have it expunged completely. Eradicated, obliterated, tied to a literary post and whipped into such brutal submission that it never rears its vicious head again."

Not surprisingly, the column instantly spurred controversy, prompting a response from Morgan even more telling than the original column:

The black community has long debated a variety of viewpoints on whether to continue using the word or do away with it altogether. It does not need Morgan's expertise on the matter, especially since he is unqualified to add anything constructive. That's something people like Ta-Nehisi Coates of the Atlantic, a black man considered one of America's foremost journalists regarding racial issues, tried to convey to Morgan, but to no avail.

Instead of recognizing why he was wrong to enter this debate, Morgan dug in his heels and dismissed Coates and others like him as being patronizing, ignorant and abusive.

One of the unfortunate byproducts of white privilege means a voice like Morgan's will be perceived as more legitimate, authoritative and valued over those of his black peers. Rather than operating with that understanding and truly listening to the black people he's purporting to help, he continues to dodge accountability and suck up all the air in what could have been an incisive dialogue about the n-word.

It's a prime example of what not to do as a self-described ally. Ignorance and defensiveness are unlikely to further the fight toward racial justice, for blacks or any people of color.

To be clear, Morgan is not without supporters, even in the black community. Clearly this is an issue on which people still do not all agree. Indeed, the n-word has different meanings for black Americans, depending on context and relational factors emblematic of how language operates through culture. And no one is saying Morgan can't discuss or further educate himself about the topic.

But what Morgan fails to recognize, as a white man, is that talking down to black people is not where his time, energy or efforts are most appropriately spent. He had an opportunity to use his position to focus on addressing white racists, amplifying issues of institutional racism and redirecting people to black voices on this issue. Blaming black people for reclaiming a word that subjected them to white supremacy for generations just won't work. And it's unacceptable.