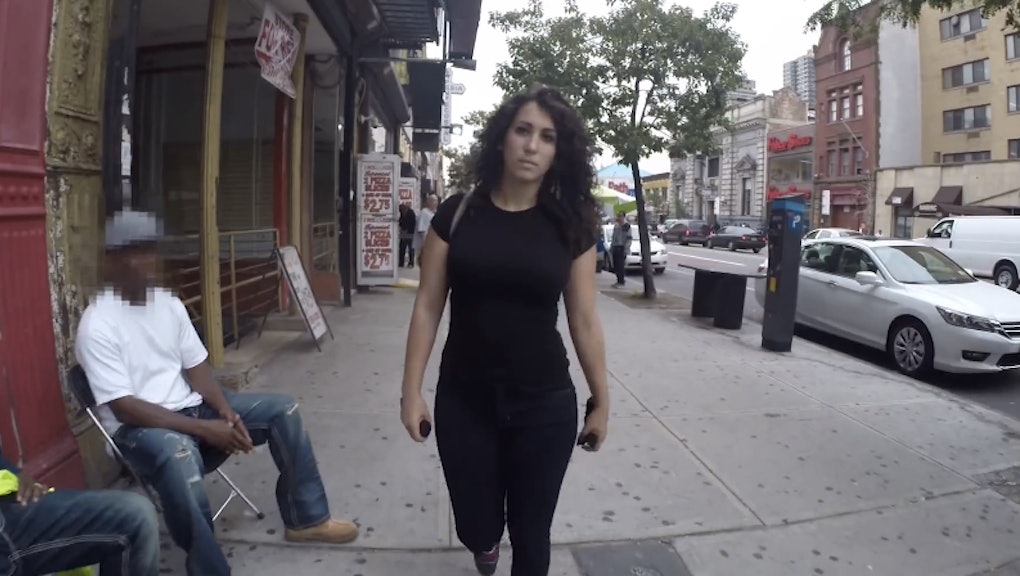 15 Times When It's Totally Appropriate to Catcall

Every time a woman makes it clear that she does not appreciate being catcalled, many men defend it by saying it's a compliment. And that reaction underscores a much deeper problem.

Earlier this month, a video that went viral showed the kinds of harassment one woman experienced while walking around New York City. As many more women spoke up in the aftermath, it became clear that this isn't simply an issue of objectification. Catcalling, at its core, is about the way women's agency gets compromised by men on a daily basis.

It can be confusing to know just when it's OK to catcall — not to be confused with the catcall's slightly larger and furrier cousin, the wolf whistle. Sometimes, it is appropriate — indeed, potentially necessary — to catcall in a variety of situations. And in the interest of fairness, we've created this handy guide of scenarios:

For some ungodly reason, sometimes your feline friend acts out and takes it out on you — maybe breaking the skin. When this happens, you've got to let it know that such swiping is not appropriate behavior. So before it makes a mad dash, call out that cat's name in righteous indignation.

The poor thing bolted up the tree and won't come back down because it's a terrifyingly high jump. Best get on the phone and call the fire department — or get a ladder to do it yourself.

3. A cat pees on something.

Furniture cushion. That new shag carpet. Your favorite sweater. Nope, the cat doesn't give a damn. Now you'll have to soak it for hours just to get the smell out. This is probably a good time for a conversation about why this is simply not OK.

Before your little furball can satisfy its curiosity about just what'll happen if it pushes these shelves to the limit, we must intervene.

Violence is not the answer. Make love, not war, silly cats.

Come back in the house right now, fluffy! It's a cold world out there.

This may not end well — better intervene and disrupt the chaos before it starts.

8. A cat climbs on the dinner table.

After all those hours laboring in the kitchen, this cat thinks it can just invite itself to some fresh-cooked grub? Nope. The only fancy feast this cat will be having is from a can. Bon appetit.

9. A cat rolls around in a fresh batch of laundry.

Unless you wish to become best friends with your lint roller for the rest of the week, this needs to end sooner rather than later.

10. A cat knocks over the garbage can.

Now there's a few days worth of trash all over the floor. Not cool.

It's going to be peeved for hours after getting drenched in a bowl filled with water. You can let it happen and take funny pictures at the cat's expense, or spare the cat's feelings and get it out the bathroom.

12. A cat wastes all the paper towels.

How will anyone in the house clean up those little spills now that kitty just rolled away a fortune in paper napkins? This won't be happening again.

There's a huge scratching pole on kitty's side of the house — it may as well be a cat condo. And yet it wants to leave its marks all over the sofa instead? Scram.

Time to reassure the cat that it's safe, loved and cared for. Call it over to sing a little song, pull out its favorite toy or perhaps indulge it in a bit of cat nip.

15. A cat literally calls you.

Kitty misses its favorite person and has longed to hear that voice. Give it some quality time.

When women voice their discomfort with being catcalled in public spaces, or are reduced to their physical appearance by men who are in positions of power in society, the conversation shouldn't be about men's feelings. In reality, the solution to catcalling is quite simple: Don't do it.

Unless you find yourself in any of the above circumstances, of course.