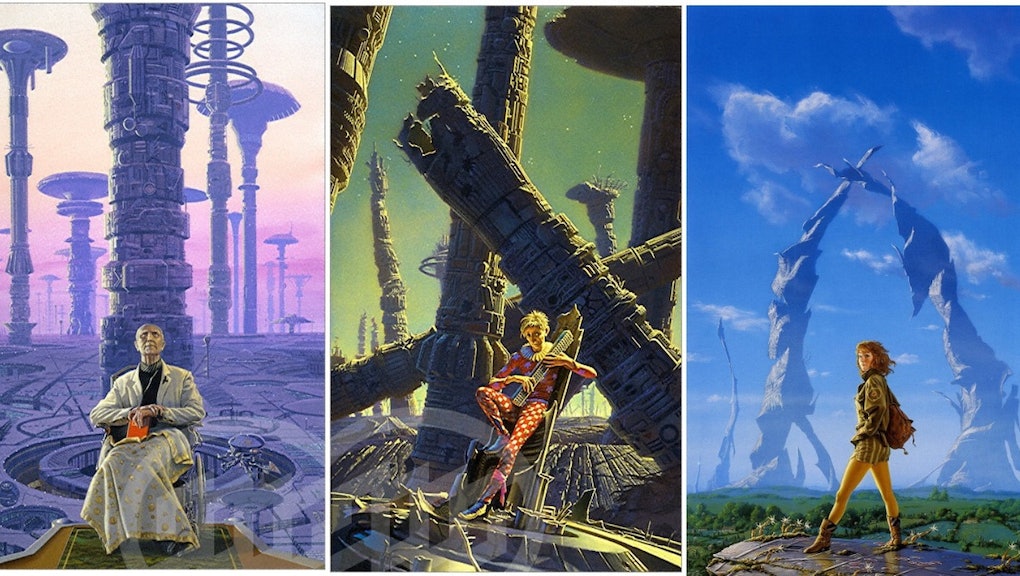 Jonathan Nolan, Interstellar co-writer and brother of director Christopher Nolan, is joining forces with HBO to produce a television series based on Isaac Asimov's Foundation trilogy.

Those unfamiliar with the Foundation books may see some similarities to the Nolan brothers' latest cinematic epic. Asimov's series centers on mathematician Hari Seldon, who lives in a futuristic human society somewhere in space. Using an algorithm based in psychohistory, a form of sociology informed by mathematics and big data, Seldon predicts that the Milky Way-spanning Galactic Empire will fall and lead to a 30,000-year dark age. He rounds up a group of talented artisans and engineers to preserve humanity's collective knowledge in a distant part of the universe — the "foundation" of a new galactic empire.

This is a super exciting announcement for science fiction lovers. The Foundation stories are some of the most revered in the genre and have inspired numerous similar works. The trilogy won a 1966 Hugo Award for "Best All-Time" series, and Nolan expressed his love for the books in a recent interview with Indiewire.

Nolan has also been working with HBO on Westworld, an adaption of a 1973 sci-fi classic based on a futuristic amusement park, starring big names like James Marsden, Anthony Hopkins and Evan Rachel Wood.

Still, there's reason to be wary of the Asimov adaptation. Bicentennial Man (1999) and I, Robot (2004) are both loosely based off the iconic author's work, but compromised his creative vision and mastery of the genre with cheap laughs and over-the-top action sequences. Great science fiction is often nuanced, laced with details that examine humanity and society, and these two flicks missed the mark.

But there is hope with trusting a Nolan with the task. There's no doubt he's learned a couple of things from his brother after working on past films together, and Interstellar has received solid reviews for its scientific foundation and heart-wrenching scope. Even astrophysicist Neil deGrasse Tyson approved of the film's scientific foundation. And there are obvious thematic similarities between Interstellar and Foundation, leading us to believe Nolan knows how to treat this story: the rise and fall of human civilizations (and the species itself), sacrifice for a cause bigger than one's self and the questioning of what lies in the great beyond.

Will the modern-day Foundation live up to expectations? We'll have to wait to find out.