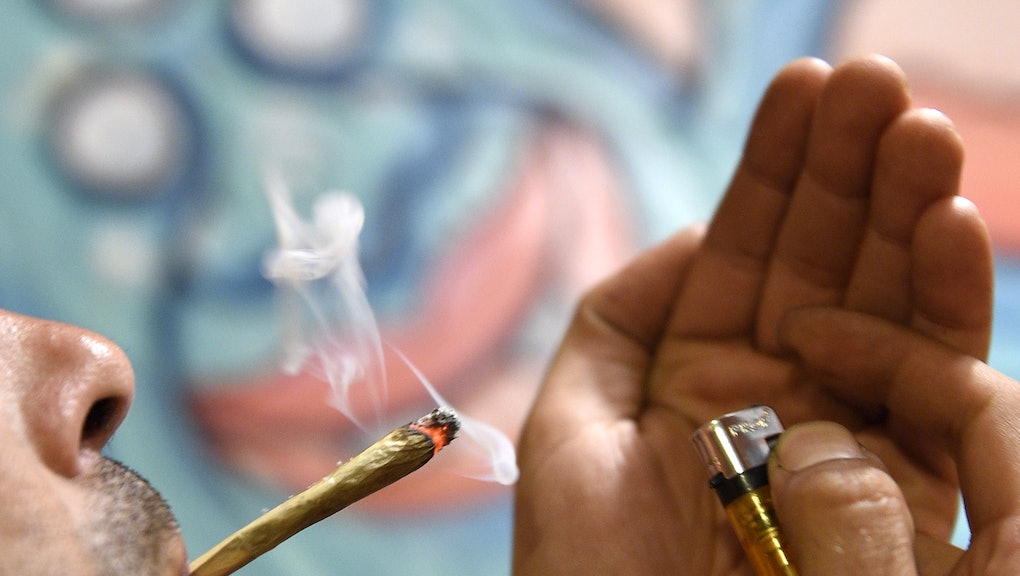 Scientists Studied the Brains of Pot Smokers, and the Results Don’t Look Good

The news: Turns out smoking marijuana may have some unintended side effects, including lifelong consequences for your brain.

Scientists at the University of Texas recently found an abnormality in the brains of pot smokers who toked up at least three times a day: The orbitofrontal cortex, the brain's "reward system," was significantly smaller.

Francesca Filbey, lead author of the study, told the Washington Post the orbitofrontal cortex "helps us determine what is good for us and what keeps us sustained."

However, the scientists did note this area had "higher functional connectivity" and "higher structural connectivity," meaning a pot smoker's orbitofrontal cortex becomes more potent to compensate for its decreased size. So while the area is smaller, the study indicates it works a bit harder to offset the shrinkage.

There's precedent for this: Earlier this year, a Harvard study published in the Journal of Neuroscience found abnormalities in the nucleus accumbens and the amygdala of pot smokers, parts of the brain responsible for motivation and decision-making, respectively. These results weren't just in chronic smokers, but in people who smoked pot as little as four times a week.

"This is a part of the brain that you absolutely never ever want to touch," Hans Breiter, coauthor of the Harvard study, told Time. "I don't want to say that these are magical parts of the brain — they are all important. But these are fundamental in terms of what people find pleasurable in the world and assessing that against the bad things."

The takeaway: Pot is increasingly popular and widespread legalization seems inevitable as Oregon, Alaska and Washington, D.C., all voted to legalize recreational marijuana during the midterm elections. This number will likely grow once states realize the plant's economic benefits; Colorado alone is projected to make $134 million in marijuana tax revenue this year. This boon to state coffers comes with other perks: Denver saw its crime rate drop almost across the board after weed was legalized.

And while there are positive aspects to marijuana, such as its less addictive nature compared to other substances like heroin and cocaine, that's not a reason to proclaim that pot has no drawbacks. Clearly, the science on the topic is still mixed.