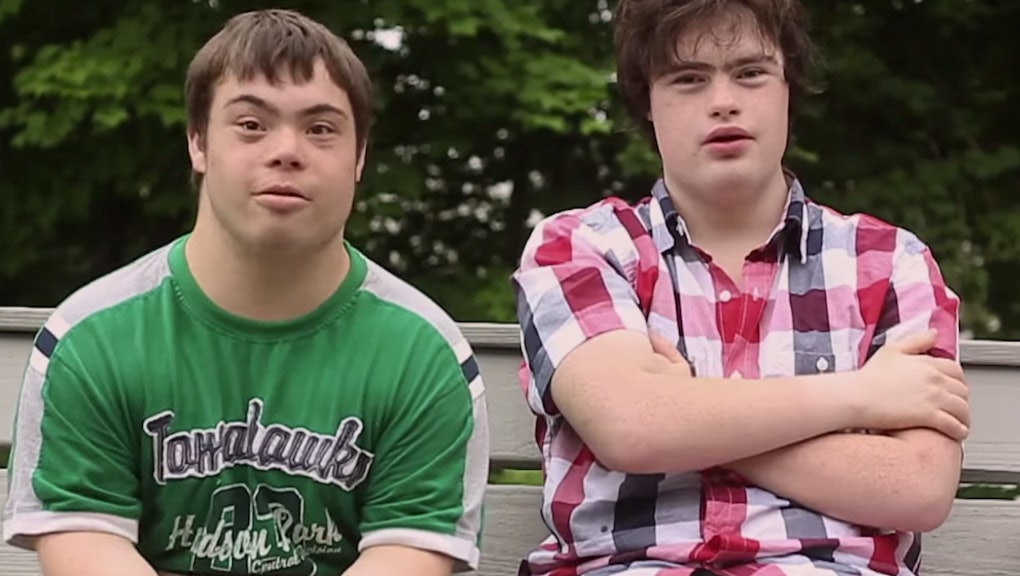 If you love teen zombie movies, sexting while operating a jetpack and aspiring filmmakers' dreams, there's a perfect Kickstarter project calling your name. Best friends Sam Suchmann and Mattie Zufelt are crowdsourcing $50,000 to fund their apocalyptic movie, complete with a zombie prom ambush and a hotel party with hot girlfriends.

The two have been best friends since meeting at the Special Olympics in grade school, and after years of writing the most "epic teen zombie movie ever," the two are hoping to make their dreams come alive. Their Kickstarter, launched by their friends and loosely organized by Suchmann's older brother, is promising to pull off two movies instead of just one: the zombie flick and a documentary following the process. The funds will mainly finance the zombie flick, with any remainder going toward the documentary efforts.

While this sounds like the fruitless plan of two teenagers, these boys have a far more coherent plan than most. They're looking to have a PG-13-rated 15- to 20-minute short. A talented team has already been assembled, including Bobby Carnevale as the director of the zombie component, Tim Forster as the head of the documentary and Suzy Beck as producer who has fleshed out a budget, crew list and schedule.

As BuzzFeed points out, the friends have already caught the attention of the Farrelly brothers, the team behind There's Something About Mary and Dumb and Dumber.

Most importantly, the boys have storyboards laying out the most vital scenes to their production.

From the Kickstarter videos, Suchmann and Zufelt exude brotherly friendship. Suchmann isn't afraid to joke that he's the good-looking one in the pair, and Zufelt definitely puts the "kick" in Kickstarter. Their passion for the zombie movie is also totally clear.

And with movies like Life After Beth and Warm Bodies becoming genre classics and zombie apocalypse drama The Walking Dead a television favorite, we can always use more undead entertainment.

With a little over a week left for the Kickstarter, the duo has just passed the halfway mark. They have a slew of rewards lined up for backers, including tickets to the wrap party and props from the movie. And the next thing, they told BuzzFeed, that they're tackling if this movie gets made? Zombie-vampire hybrids. Because of course.