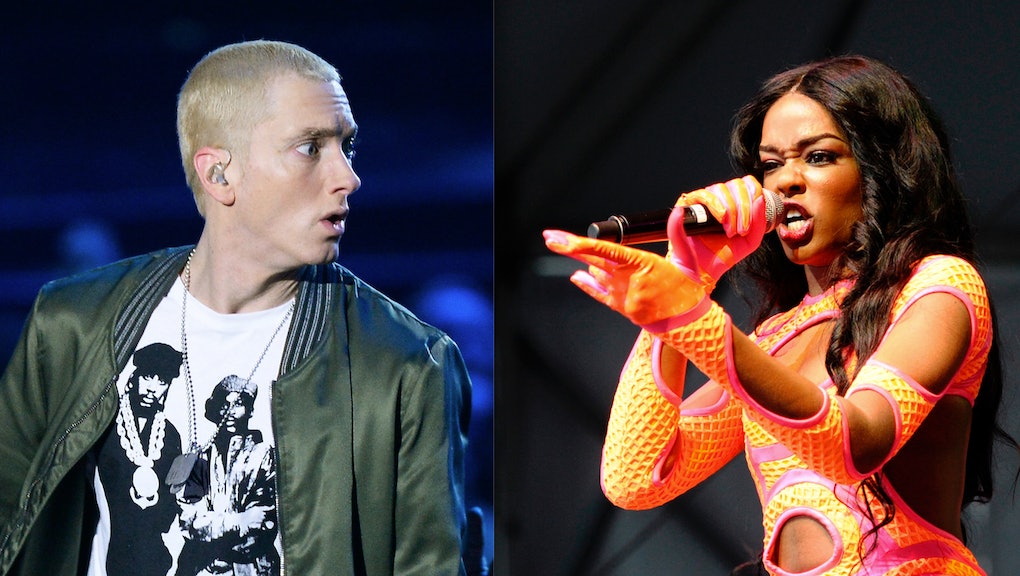 His most recent attempt to make headlines (congratulations — it worked) is one of his most absurd yet. On a newly released track, he raps:

"Bitch, I'll punch Lana Del Rey right in the face twice / like Ray Rice in broad daylight in the plain sight of the elevator surveillance / 'Til her head is banging on the railing, then celebrate with the Ravens."

This is unacceptable. Perpetually struggling to remain relevant, the misguided rapper has been trolling his audience with homophobic slurs and misogynistic attempts at being funny for the year since his latest album came out. This time, he has not only glorified domestic violence and physically threatened a woman, he's actually stooped so low as to valorize Ray Rice.

Thankfully, one woman won't take it. Azealia Banks came to Lana Del Rey's defense just days after releasing her own long-anticipated record. When Eminem's video came out, she tweeted her utter disgust for the rapper — after telling Lana Del Rey "but does eminem know that I will personally punch him in his mouth?!" she also let him know how little respect she had left for him as a musician.