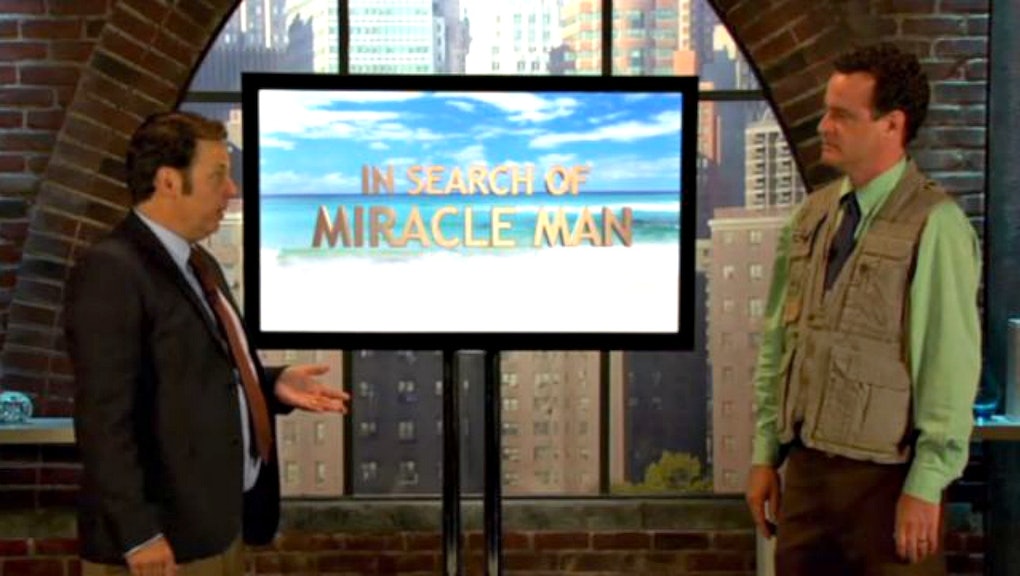 Watch the Unholy Cousins of Adult Swim's Viral "Too Many Cooks"

Adult Swim blew the Internet's collective mind last week when its '80s television opening credits parody "Too Many Cooks" went viral, with its jumble of faces and twisted humor. Now the channel's back with a follow-up.

The latest Adult Swim production, "In Search of Miracle Man," finds its inspiration from early '90s religious paid programming. Yes, the kind of paid programming that, if you were a child who woke up too early for morning cartoons, you had to sit through until your favorite shows came on.

What the channel originally intended to be seen at 4 a.m., between infomercials, by people unable to fall asleep or up too early for McDonald's breakfast, has become an Internet sensation.

In Search of Miracle Man is currently only available on the Adult Swim website with a cable-provider password. And while the clip isn't available on Adult Swim's YouTube account (or anywhere else on YouTube, for that matter), you can watch a terrible, low-quality rip on Gawker.

All the components of a cult-ish religious group asking for money on television are present. There's the "council of believers" who have witnessed the Miracle Man's godliness. And of course, man-on-the-street interviews asking the spiritually fueled questions, like how often one masturbates. The most unbelievable part of it is all the cleavage present.

"Too Many Cooks" and "In Search of Miracle Man" aren't the only insane spots Adult Swim has aired. Check out "Swords, Knives, Very Sharp Objects and Cutlery" and "For-Profit Online University."

While it's up to audiences to decide if "In Search of Miracle Man" will also get its 15 minutes of fame (it probably won't), there's one thing for certain: We'll miss Smarf.