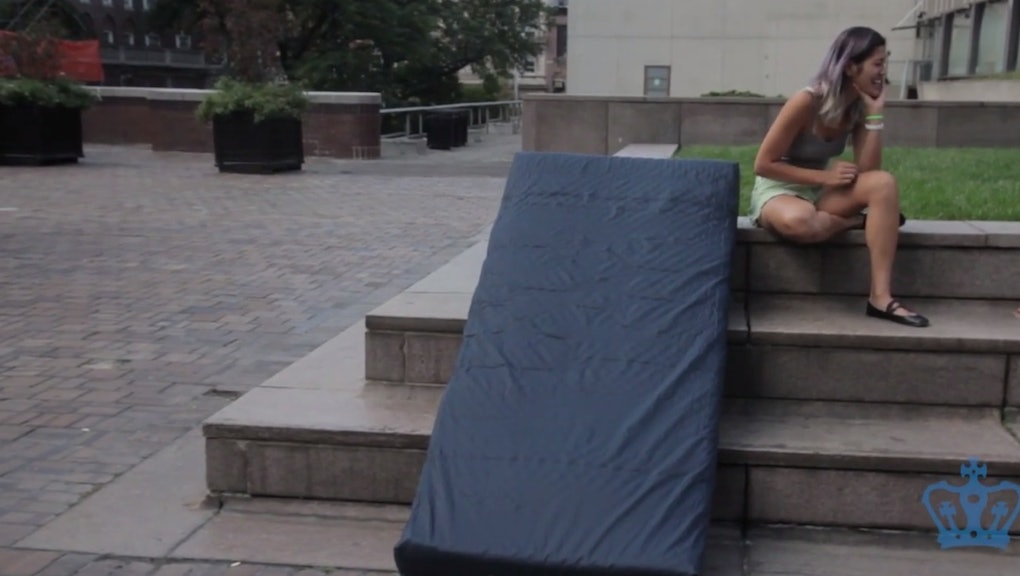 Columbia Is Fining a Group After They Protested Sexual Assault

If you thought colleges couldn't get more inept in their response to campus sexual assault, you were wrong.

Earlier this year, Americans around the country sat up at the story of Emma Sulkowicz, a Columbia University student and rape survivor, who vowed to carry her mattress around campus for the rest of the year as a performance art piece and to protest that her rapist was still on campus.

Sulkowicz's act of defiance quickly caught on, culminating in No Red Tape, a Columbia student group, holding a massive protest late last month that ultimately included students on 130 different campuses around the world. At Columbia, the group left 28 mattresses in locations around campus, including the front lawn of university president Lee Bollinger.

But now that the dust of national media attention has settled, Columbia may not have gotten the message. According to the Huffington Post, the school is charging Student Worker Solidarity, the group that booked space on campus for No Red Tape, with a clean-up fee of $471, which the Huffington Post initially reported as reaching a figure closer to $1,500.

Columbia's logic is that they had to throw the mattresses away after the protest, which incurs a fee.

"There are entirely typical matters in apportioning direct costs for facilitating student events," Robert Hornsby, a Columbia spokesman, told the Huffington Post. "And, given our longstanding commitment to robust free speech, there is never such a thing as a fine for any group because of its views."

Students, however, were less than thrilled with this explanation.

"The symbolism of them literally dumping the mattresses in the trash within an hour, it's so indicative of how they handle sexual assault on this campus," said Michela Wiehl, a student who helped organize the event. "They literally throw out rape cases without a second thought."