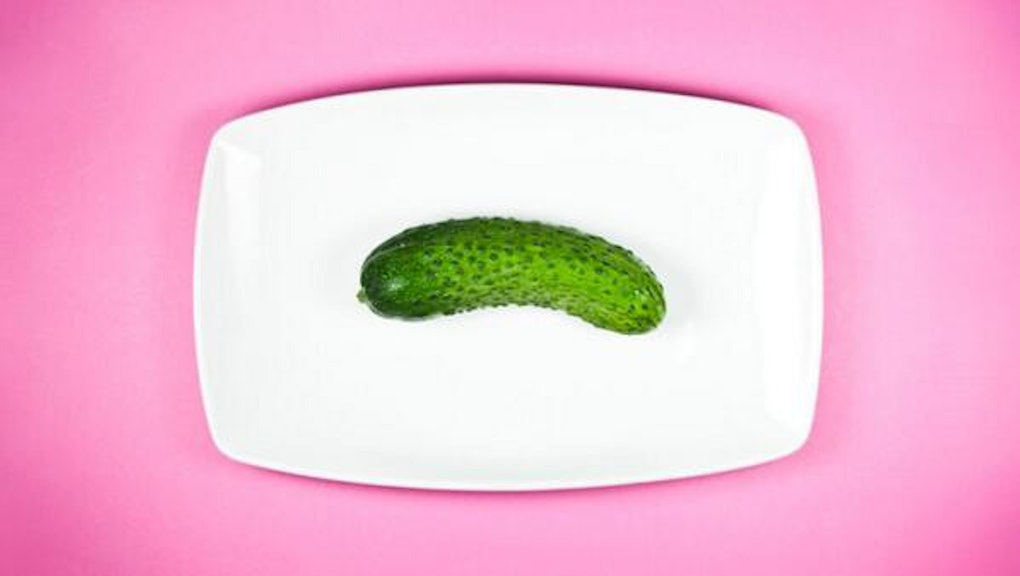 What Our Obsession With Small Penises Really Says About Us

We seem to be in the era of the micropenis.

Everywhere and (almost) nowhere at once, the micropenis has emerged as an unexpectedly hot topic in media. In the course of a month, there have been first-person encounters documented at BuzzFeed and an equally compelling question and answer piece with a 51-year-old micropenis owner in New York. MTV has created a "short" list of facts about it, and Cosmopolitan UK and Jezebel have both attempted to address discerning ladies' concerns about the ins and sort-of-outs of the topic. And, of course, there was an entire plot of a recent episode of New Girl focused on the subject.

But what's behind this sudden obsession? Only 0.6% of the population qualifies as having micropenis, that is a penis 2.5 standard deviations smaller than average. We're clearly intrigued, in part because it's so rare. But there's another source for our fixation, one that says more about us than the men who have them.

It's important to note first that this fixation on the penis is nothing new. Everything from architecture to psychoanalysis has long centered on the male sex organ. The penis is synonymous with a man's virility, his power and his masculinity. It is his "manhood." Viewed through this lens, our obsession with micropenises is actually an obsession with defining an individual's manhood.

Like so many beauty standards for women, the huge penis — praised and celebrated as awe-inspiring — has become its own unattainable ideal for men. And, as with all our unrealistic beauty ideals, men have anxiety about living up to it, as evidenced by "small penis syndrome."

Research suggests this anxiety actually has little to do with the sexual satisfaction of men's partners. Indeed, as studies have proven, "only 25% of women" consistently orgasm through vaginal sex, while 70% require clitoral stimulation to climax. Lesbians, meanwhile, are having more orgasms than both heterosexual men and women. Clearly, the size of the penis is not the primary factor when it comes to sex; studies have proven women are largely satisfied with the size of their partner's penis (yes, even if their partner has a micropenis).

The cultural fascination with the micropenis, therefore, serves as a sobering reminder of how gender expectations affect men. We talk a lot about how beauty standards affect women, but it's not only a female issue. Men are judged for the size of their penis — the bigger the better, even if it's not actually proven to be sexually better. (Meanwhile, women are expected to have smaller lady parts, particularly labia majors.) While we don't measure a woman's vagina as a sign of her womanhood, women are certainly judged on a number of different parts, from breasts to butt. The measuring of a man's penis is just as damaging. Because if size doesn't matter when it comes to sexual satisfaction, what exactly are we measuring?

"Quite honestly, my entire life has been shaped and damaged by my penis size," said the 51-year-old Brit to New York. It's time to divorce the penis from the phallus (or, for some of you, it's time to throw out Lacan). A penis doesn't make the man. The task of culture, in this age of constructing gender in relation to real, fleshy bodies, is to reimagine what "man" and "woman" mean outside of the sexist physical ideals.

What does it mean to be a man in 2014? Plenty of things — but none can be judged by a tape measure.