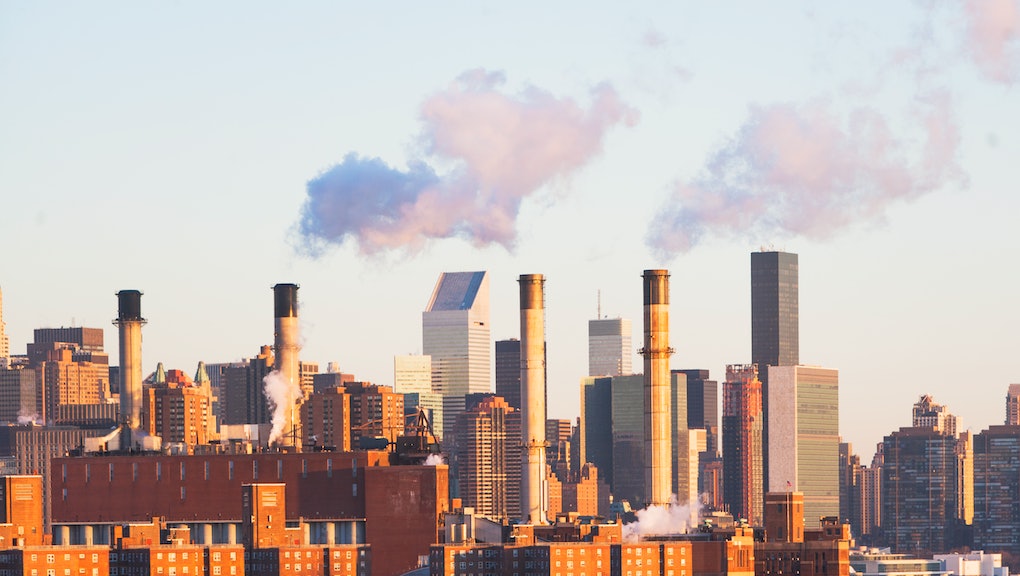 The U.S. and China Climate Deal Is the Major Step the World Needed

Even the keenest climate policy observers were surprised by the United States and China's announcement Tuesday that they're partnering in setting ambitious new goals for curbing their carbon footprints.

The agreement is intended to double the rate of carbon emission reduction in the United States, and China is expected to hit peak emissions by 2030. The deal is causing a great deal of excitement, acting as a breath of fresh air for a policy realm that was invisible during the midterm elections and has suffered from sustained inaction at recent international summits.

The initiative is a massive diplomatic breakthrough that signals new standards and greater pressure for the international arena ahead of the global climate summit in Paris next year. It's historic, in that no developing country in the world has agreed to limit its carbon emissions before. And it reflects new calculations about the gravity of climate change and the public's commitment to the issue.

But the agreement is not binding, and everything that must be done to achieve its provisions may be more difficult to achieve than this agreement itself.

This is big: On a number of levels, the new agreement is critically important for advancing the prospect of global climate policy capable of meeting the challenges of the world's rising temperatures and sea levels. The U.S. and China have the largest economies in the world, and are its greatest sources of carbon emissions. Without their leadership, coordinated action internationally is as unlikely as it is pointless. Acting alone, one of them can easily wipe out the effects of reforms by the other. Their collaboration is imperative.

Under the agreement, by 2025 the U.S. is to reduce its emissions by up to 28% below 2005 levels, which is nearly twice the existing target. Raising its own ambitions will ripple outward and set a more serious precedent for the international community. As Grist points out, the fact that that the president is negotiating with trading partners (the U.S. and China also struck a deal for tariff reduction) on climate signals its new centrality to international relationships.

The initiative is intended to compel China to make a serious shift toward clean energy. By 2030, the coal-dependent nation is aiming to have hit its peak in carbon emissions and have 20% of its energy derived from zero-emission sources. The path of investment in renewable development and a more gradual reduction in emissions establishes a model for other large emerging economies such as India. The big economies of the future haven't contributed nearly as much to global warming as affluent nations, and so they face a different set of standards for reduction.

The hard work remains: Climate change advocates are welcoming this as a positive development without losing sight of the enormous challenges that lie ahead.

China's targets will be difficult to hit. As the White House said in a statement capturing the scope of China's ambitions: "It must add 800 to 1,000 gigawatts of nuclear, wind, solar and other zero-emission generation capacity by 2030 — more than all the coal-fired power plants that exist in China today and close to the total electricity generation capacity in the United States." Experts on the Chinese economy have argued that the central government's ability to effectively manage local bureaucrats so that they execute on clean energy initiatives in the future is in no way a sure thing.

The U.S. faces equal uncertainty. New laws and regulations will have to be passed. But the Republican Party is populated by people who are barely willing to acknowledge that the world is round. Chasing their support for meaningful legislative action on climate change in the next few years would be a fool's errand. The White House knows this — it's poised to issue a number of sweeping executive actions (which do not require congressional approval) on climate policy in the next couple of months.

But there will be some crucial decisions that Obama will have to make that will reveal how committed he is to fulfilling the recent pledge. The most obvious of these is whether he chooses to veto legislation passed by the Republican-controlled Congress approving the Keystone XL pipeline, which has become a focal point for the environmental movement's showdown with the White House in recent years. Politico reports that the White House has been noncommittal on the matter.

The U.N. Climate Change Summit in Copenhagen, Denmark, in 2009 illustrated how central that partnership between U.S. and China are to to this issue. If the main players cannot show leadership and discipline, there is no incentive for the rest of the global community, who are less responsible for the pace of warming and less capable of transforming their economies to lessen it, to join them.

For the sake of the planet, let's hope they follow through.