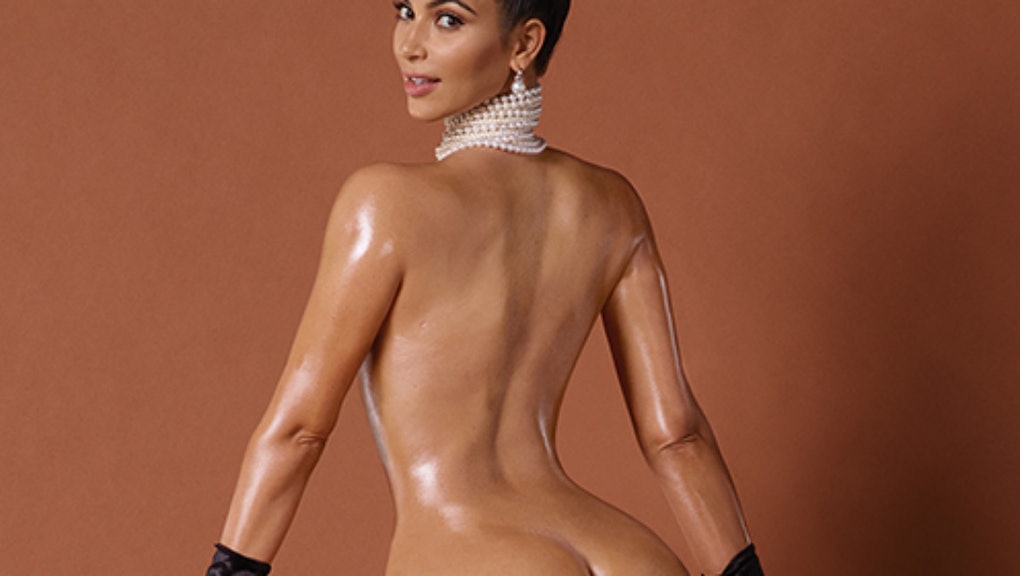 We've all seen it.

As Paper Mag intended, the Internet has already broken itself several times in reaction to the glossy display of Kardashian's planetary booty — as if we hadn't seen it before.

Earlier this year, Vogue caught flak for its tone-deaf article crowning Kardashian the harbinger of the "Era of the Big Booty," and rightfully so — full-figured muses have been showing off their assets for centuries, and for better reasons than to sell you more fake clothes in a mobile app. But(t) if you're still convinced that Kim's in possession of the perfect posterior, check out these other mind-blowing booties that predate the rumpus royal.

Kardashian's cover shot may have broken the Internet, but these junk-trunked ladies (and gentleman) prove that she's far from the first — or the loveliest — to bare it all. Some say that the big booty "phenomenon" is just another pernicious trend, the latest cultural reminder that women's bodies are constantly available for inspection and appraisal by strangers. We're not saying that ogling Paper Mag's cover is akin to street harassment, but if you do feel compelled to comment on a stranger's derrière, at least go to a museum and give yourself a dose of culture while you're at it.

Those curves are kickin'!

If you've got it, flaunt it!

Your hips sure don't lie, Venus!

Nude Woman Reclining, Seen from the Back, Vincent van Gogh

Shawty had them apple-bottom jeans in 1887, that's for sure!

Reclining Nude from the Back, Amedeo Modigliani

Hand Drawing Back the Golden Fleece in the Form of a Cloud to Show Gala the Dawn, Completely Nude, Very, Very Far Away Behind the Sun, Salvador Dalí

This ancient Greek princess still has it goin' on!

We got a big booty party up in here!

We get it, Danaë, you're proud of your butt, but don't you think this might be distracting people from your singing career?