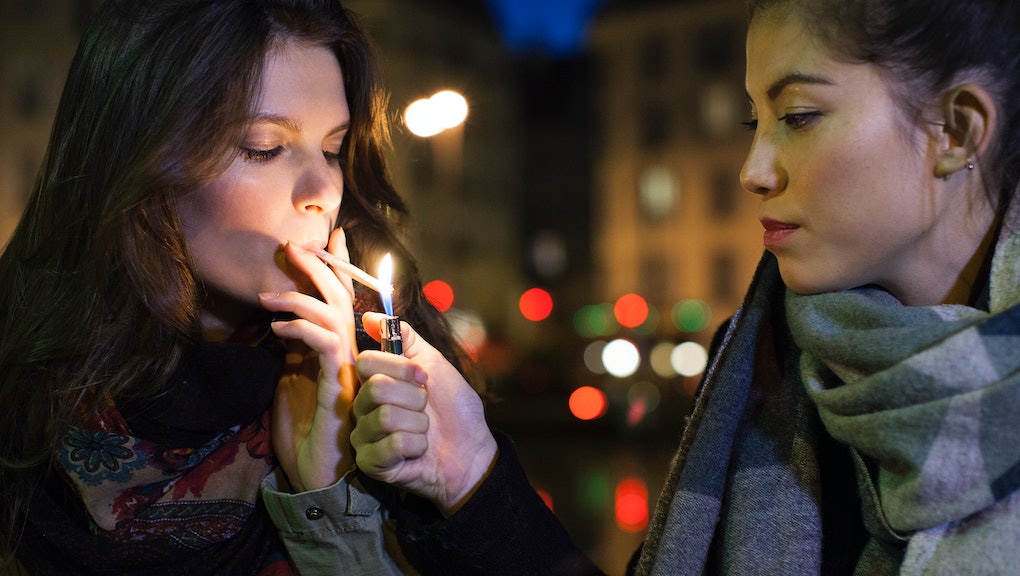 One Year Since Colorado Legalized Marijuana, This Is What Weed Culture Looks Like

Marijuana has been legal in Colorado for almost a year. We know it's brought the state more than $7 million in tax revenue, with recreational sales having exceeded $29 million by the end of August. We also know that despite opponents' dire predictions, the fabric of society has not unraveled.

But how has it affected the average pot smoker? Thanks to some intrepid pot-smoking Reddit users, we now have the answers.

A recent thread on the massively popular site posed the question to "marijuana consumers of Colorado": "Have you switched to getting your marijuana legally, or if not, why?" The answers revealed some interesting dynamics about the economics of weed smoking in the new utopia of legalization.

Here are some highlights of what redditors taught us about the changing norms of legally lighting up:

These users talked about who's still buying from illegal dealers and who has moved on to the quality-controlled comfort of licensed dispensaries:

But the issue of pricing remains. Some people suggest lowering the sales tax. Others, like the user below, dig a little deeper. Weed economics are really interesting!

In the end, though, it comes down to a simple cost-benefit analysis, which tends to push buyers toward the now-legal sellers:

Customer service also seems to be on the upswing since the sales professionals got into the business:

But more and more people are cutting out the middlemen altogether and going the DIY route:

The law has changed, but some other things never do — like how marijuana growers, sellers and smokers like to name their weed. Here's to "Golden Goat" and "Grand Daddy Purple."

But not everyone can be in on the fun — like smokers who aren't fortunate enough to live in a legal state.

Colorado and Washington state went first. Now, Oregon, Alaska and Washington, D.C., have all voted to end marijuana prohibition through ballot initiatives this year. This is just a small taste of what they can expect to change — and stay the same — as the new laws come into effect.

And while pot might not be great for your brain, it hasn't stopped these people from coming up with some really interesting theories on what it means to get high in this brave new world.