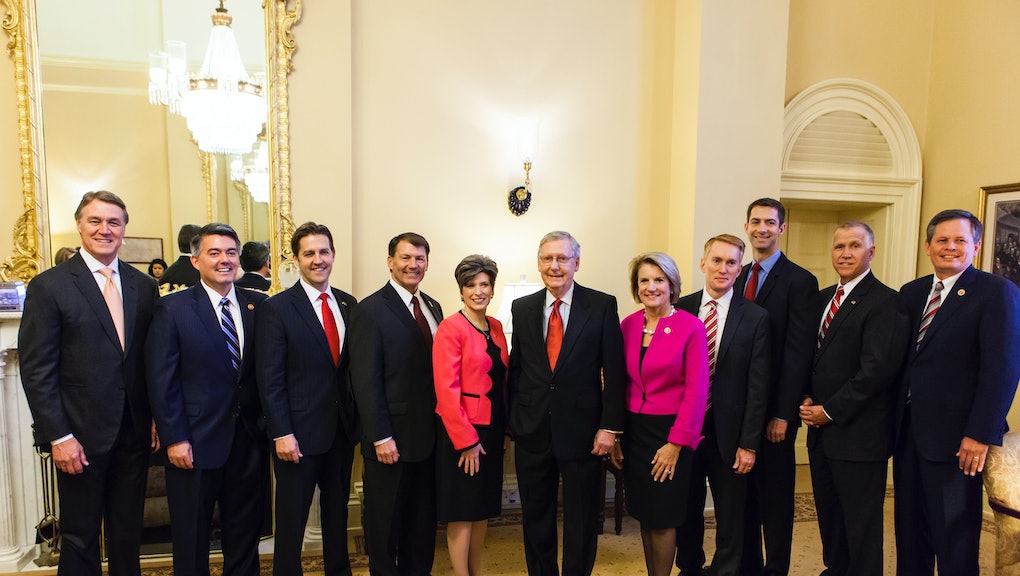 Control of the Senate may have changed party hands, but that doesn't mean Americans think anything will actually change.

The Republican Party won big on election night, but they didn't win the public's nod of approval along with their seats. A new study by the Pew Research Center found that 4 in 10 Americans believe there will be little to no change following the midterm elections.

Naturally, Republicans are more hopeful than Democrats about the results of Republican leadership. But, overall, no one is very confident in either Republicans or President Barack Obama. Most don't think that Obama will get much done in his last two years in office:

Moreover, Americans don't have much faith the two can work together. Pew reports that 55% believe the partisanship driving gridlock and a lack of productivity will stay exactly the same. A quarter say things will get worse and only 18% expect partisan relationships to change.

The public is divided on who they think can best solve the nation's problems — 41% put their bet on Republicans and 40% think Obama will do it. This break likely stems from the fact that just about as many Americans approve of Republican leaders' plans and policies as disapprove.

Although divided opinions aren't anything new, Pew reports a shift in sentiment from the elections just four years ago. In 2010, far more people wanted Obama to take the lead as opposed to Republican leaders. George W. Bush saw similarly low approval ratings to Obama now in his final two years in office, but even then there was a greater divide between those who preferred Democrats to the Republican president.

What does this mean for America? Well, just what Americans are expecting — that nothing much will happen. When both Congress and the public are divided, it's easy to settle into a stalemate.

So, next time there are complaints over Congress not doing anything, remember that you elected those leaders — with the expectation that they would do just that.