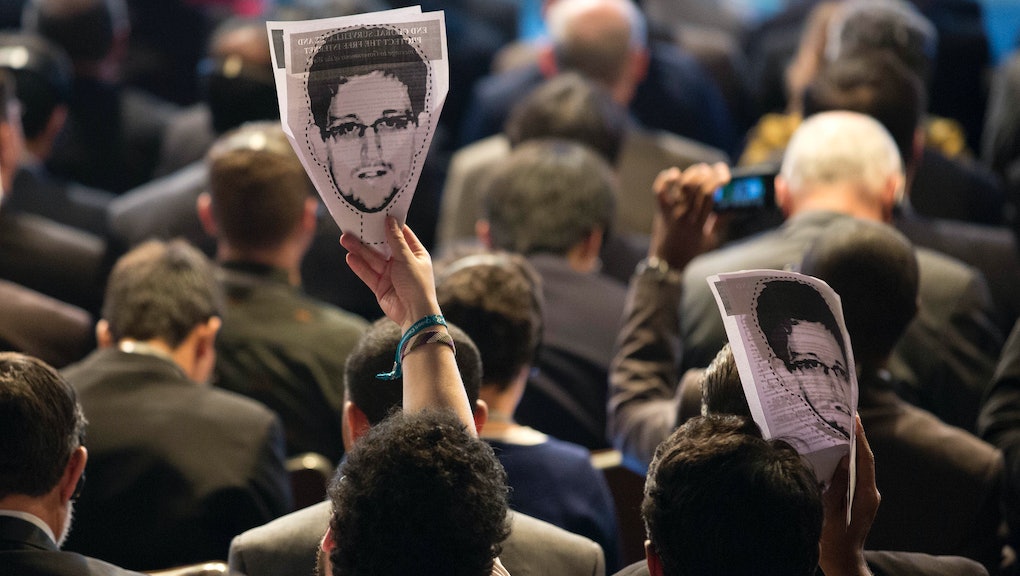 When Edward Snowden went public with his revelations about U.S. government surveillance programs in June 2013, he told the Guardian, "My sole motive is to inform the public as to that which is done in their name and that which is done against them."

In that, at least, he has been successful.

According to a Pew Research Center report released Wednesday on public perceptions of privacy in the post-Snowden era, 87% of adults surveyed have heard about the government's collection of communication information. And it's had consequences: A majority of those surveyed believe that their privacy is being challenged in fundamental ways, from the security of their personal information to their ability to retain confidentiality.

The report, which was sourced from a nationally representative survey of 607 adults, found that 80% believe Americans should be concerned about the government's monitoring of phone calls and Internet communications; a majority also believe that online surveillance is not good for society.

Perhaps more disturbingly, researchers also found a "universal lack of confidence" among respondents when it came to everyday communication channels such as social media sites, email and text messages.

"The low level of confidence in communications channels was surprising," Mary Madden, senior researcher at the Pew Internet Project and an author of the report, told Mic in an email. "When asked how secure they feel using core communications channels to share private information with another trusted person or organization, there's not a single channel that a majority of adults feel 'very secure' using."

Neither the government nor the private sector come out looking good. The report found "low levels of trust" in organizations associated with data collection and monitoring, while 91% said that consumers have lost control over how their personal information is collected and used by companies.

Despite a general mistrust of government entities, however, 64% of respondents were of the opinion that our lawmakers should do more to regulate the private sector. It speaks to how little we trust private companies that we're willing to give our government — which isn't exactly known for engendering confidence — regulatory power.

Yet Americans seem to want it both ways. A majority would be willing to share information about themselves in order to use online services for free, while only a few experienced negative consequences from their online activities.

The survey highlights a troubling dichotomy where privacy is concerned. We're suspicious of the government and of the private sector, particularly when it comes to using our personal information, but we're also willing to give that information up for things we deem worthy.

This threshold is likely different for everybody, but it poses thorny questions: At what point does disclosing personal information become dangerous? And who decides where this point is? Will we ever have the ability to disclose sensitive information on our own terms?

Regardless of the answers, this much is clear: Americans have very little faith in both our government and corporate entities to behave responsibly with citizens' personal information. As unsurprising as it may be in the wake of the Snowden revelations, it's still a depressing fact.

This is just the first in a series of surveys from Pew about perceptions of privacy, so things may change. "Future studies will look specifically at how people have changed their behavior (or not) in response to their awareness of government monitoring programs," Madden told Mic.

But as she noted in a separate news release, "One of the most notable findings in the study is that those who have heard the most about government surveillance are more privacy-sensitive across an array of questions in the survey."

Given that our knowledge of monitoring is unlikely to go away anytime soon, it appears we'll continue to see abysmal public attitudes toward privacy.