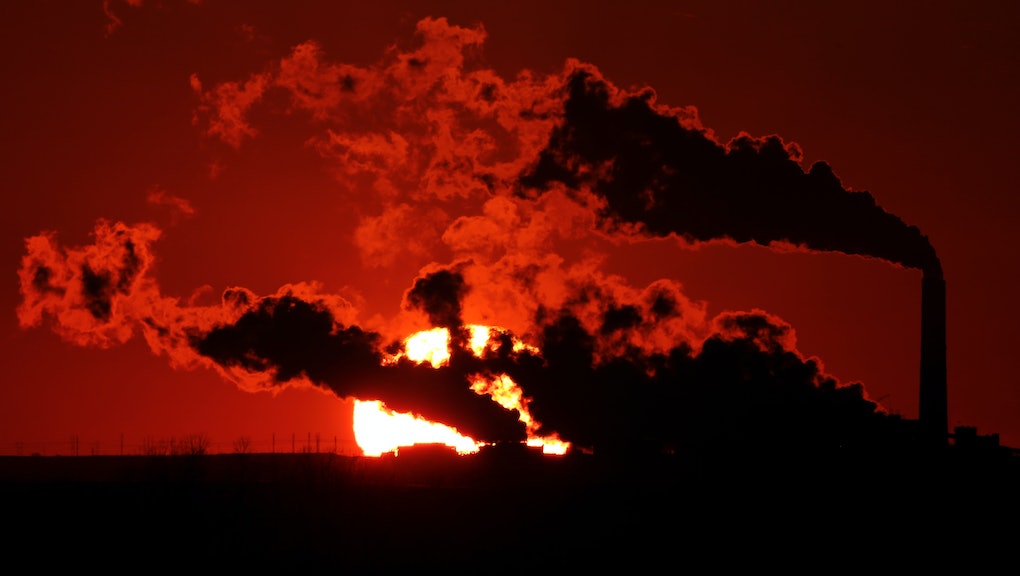 The Republican Response to the U.S.-China Climate Deal Is Hypocrisy at Its Worst

President Barack Obama and his Chinese counterpart, Xi Jinping, revealed late Tuesday the details of a landmark agreement to join in the fight against global climate change. As part of the unlikely deal, China has for the first time in its history pledged to cut carbon emissions, with the goal of halting and reversing the trend by 2030.

Experts agree that Beijing has set an ambitious timeline and, in doing so, helped set the gears in motion for a larger discussion among the rest of the world's largest of industrialized nations at a major summit next year in Paris.

Back in the U.S., after years of insisting that any climate plan would be useless without China's participation, Republicans reacted to the deal with a spasm of righteous anger. Now that the Chinese have signed off, Republicans are twisting themselves in a knot to find new reasons to oppose dealing with climate change.

Mother Jones made a great compilation of Republican lawmakers using China as an excuse for blocking climate change proposals in the past:

The reaction: House Speaker John Boehner (R-Ohio) was beside himself Wednesday following news of the deal, calling the agreement "yet another sign that the president intends to double down on his job-crushing policies no matter how devastating the impact for America's heartland and the country as a whole."

Kentucky's recently re-elected Republican Sen. Mitch McConnell, who will become Senate majority leader in January, told reporters he was "particularly distressed by the deal ... which, as I read the agreement, requires the Chinese to do nothing at all for 16 years while these carbon emission regulations are creating havoc in my state and other states around the country."

"It's hollow and not believable for China to claim it will shift 20% of its energy to non-fossil fuels by 2030," Sen. James Inhofe (R-Okla.), the soon-to-be-chairman of the Senate's Environment and Public Works Committee, said in a statement. "This deal is a non-binding charade."

China who? For years, leading Republicans have rallied around two unique arguments against taking action to slow climate change. The first is to deny it exists. The other, slightly more nuanced explanation, is to argue that without other major industrialized countries joining the U.S., new regulations would be meaningless and economically self-defeating.

Boehner — the same Boehner quoted above ripping the deal — was part of the latter group, telling ABC News in 2009, that while he believed climate change was an "issue," "we can't do it alone as one nation. If we got India, China and other industrialized countries not working with us, all we're going to do is ship millions of American jobs overseas."

Inhofe, who wrote the book The Greatest Hoax: How the Global Warming Conspiracy Threatens Your Future, is a noted climate change denier. But even he has pointed to China's intransigence on climate issues as a reason for the U.S. to do nothing.

Grasping at straws: Confronted with a news of the deal, his response has been to say that, in effect, whatever the details, it doesn't matter — the Chinese are lying.

This, as New York Magazine notes, is a theme with Republicans, with Jonathan Chait boiling down McConnell's argument to: "China can do nothing until [the deadline], and perhaps pull a huge New Year's Eve 2030 all-nighter frantically replacing thousands of coal plants with nuclear and solar."

If anything, China will have to work double-time to meet its goals. This is good for the U.S., because it will become very obvious very quickly if the Chinese are not keeping up their end of the bargain.

Of course, that's probably beside the point. There is no deal, even a binding one, signed in the blood of the negotiators, that will convince some Republicans that anyone should do anything to fight climate change.