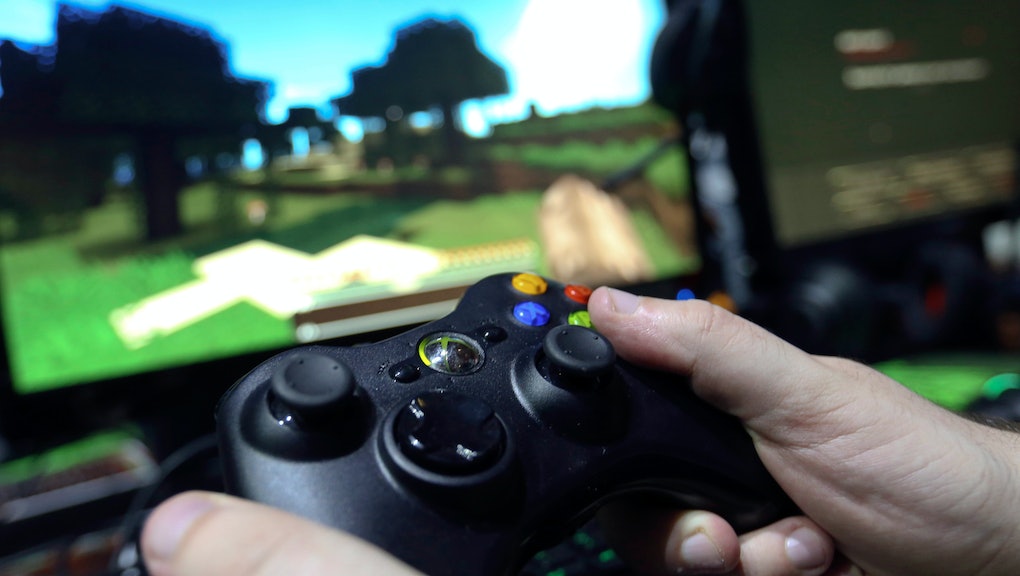 Science Has Good News for People Who Love Video Games

The news: Video games have gotten a lot of criticism for possible effects on young people's brains. But a new study suggests that hours of playing action-oriented games might pay off in positive ways.

In the study, published this week in the Proceedings of the National Academy of Sciences, researchers from Princeton University and the University of Rochester set out to find out whether gamers have better cognitive functioning than non-gamers and whether action-packed video games can improve learning capabilities among non-gamers. Both hypotheses turned out to be true.

"Prior research by our group and others has shown that action gamers excel at many tasks. In this new study, we show they excel because they are better learners," researcher Daphne Bavelier said in a news release. "And they become better learners by playing the fast-paced action games."

What does this mean? In the first part of the study, researchers asked the study participants to complete a series visual experiments that tested their reaction time and identification skills. The result: Gamers were at a significant advantage when it came to these visual tasks.

"In order to sharpen its prediction skills, our brains constantly build models, or 'templates,' of the world," Bavelier said. "The better the template, the better the performance. And now we know playing action video game actually fosters better templates."

The second part of the study went further, exploring whether an introduction to action-oriented video games actually improves cognitive function. The researchers asked one group of non-gamers to play action video games, such as Call of Duty, while the other group was asked to play non-action games, such as The Sims. After 50 hours of playing, those who played shooting games performed much better on the visual tests than those who played slow strategy games.

"When they began the perceptual learning task, action video gamers were indistinguishable from non-action gamers; they didn't come to the task with a better template," Bavelier said. "Instead, they developed better templates for the task, much, much faster, showing an accelerated learning curve."

As Popular Mechanics points out, this study is far from definitive; in recent years, similar studies have arrived at the exact opposite conclusion, and there may have been some inherent biases built into this recent study. Still, it's clear that video games stimulate our brains in a way that other activities can't. And there are promising possibilities of using games as a way to boost our cognitive functions in everyday life.