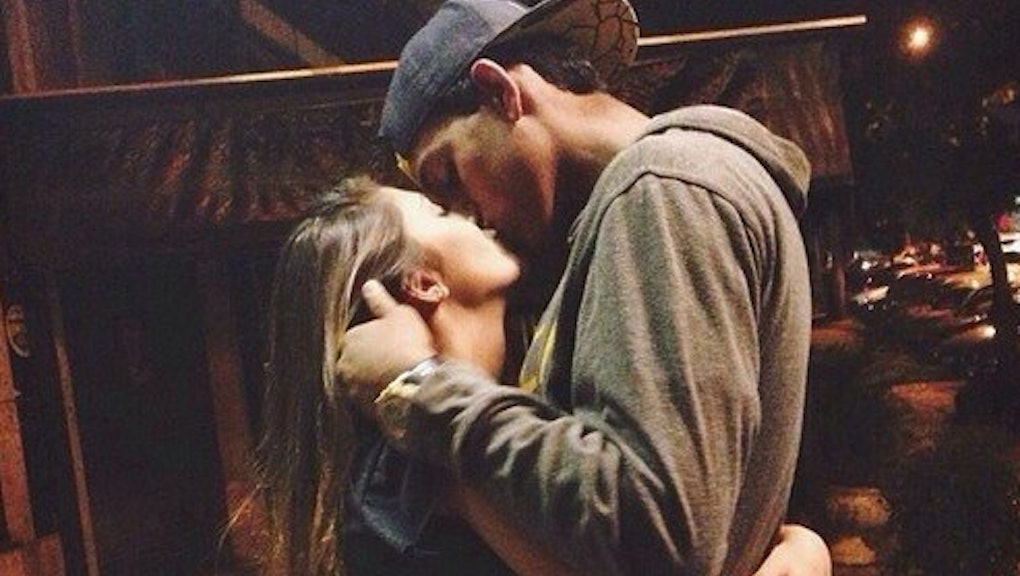 A New App Tries to Solve Online Dating for Women, But Ends Up Setting Us Back

Online dating is not for the faint of heart.

It's a veritable minefield of hungry wannabe Romeos and Juliets, creating a rather imperfect environment for actually finding a partner. The sheer volume of suitors, combined with the exposure of personal information and perceived distance created by the Web, has introduced a set of unfortunate pitfalls: unwanted contact, abuse and harassment, garden-variety creepsters and not so garden-variety assholes.

Enter Dapper. A new dating app called Dapper, launching Nov. 16 in New York City, is trying to solve for some of these problems, particularly the gender ones so unique to online. Though online dating's perils ensnare everyone, women seem to bear the brunt more often than men — particularly when it comes to online communication.

The app works like this: After setting up a profile (with information sourced from Facebook), you choose the days you're available for a date. The app then sends you a batch of profiles it thinks you might like that also have the same availability. If you and one of your prospects "like" each other, you'll be set up on a date at a bar or restaurant.

There are a few key differences between matchmaking app Dapper and competitors like Tinder and OkCupid, however, all focused on the way Dapper treats gender.

The woman chooses the date location ("chivalry is not dead, folks," reads a recent press release), while the man pays the app $19 per date... and the woman pays only $9. There's also no messaging allowed prior to the date. "In an era dominated by the virtual, Dapper believes in the primacy and pleasures of unscripted, face-to-face interactions," the company says.

The kicker, though, is what the company calls its Gentlemen Pledge, a pact that the men must agree to in order to keep using the app:

"My intention for using Dapper is to meet someone for a real romantic connection. I understand that Dapper collects feedback after my dates and will end my membership if I have acted in a non-gentlemanly fashion. I will not push for sex on the first date. I will be courteous at all times. I know how to dance, at least a little bit. I know the difference between confidence and arrogance. I believe that chivalry is not dead. I know how to cook at least one good meal."

If a man violates this pledge more than three times, he's kicked off the app.

"If you believe that you have to talk to somebody face-to-face to get that chemistry, this is the app that will do that for you so you don't end up wasting all that time online," Dapper founder and CEO Josh Wittman told Mic. With its Gentlemen Pledge and especially its lack of chatting, the app functions as both a safety mechanism for women looking to avoid unwanted attention and a shortcut to true chemistry, i.e., an actual date. "It's [the fact that] we're taking away that chatting," Wittman said, that will ensure the app's supposed magic.

Dapper's heart is in the right place. According to a 2013 Pew survey on online dating, 42% of female online daters have experienced contact "that made them feel harassed or uncomfortable," compared with only 17% of men. There's even an Instagram account, @byefelipe, dedicated to cataloging all the abuse women receive at the hands of online suitors:

Dapper's own research backs this up. The company says that when they surveyed 400 single New Yorkers in July 2014, 70% of women cited the "creeper factor" as a big strike against dating apps. "We've taken away the tools of the catfisher and creeper by not allowing them to create fake intimacy online via chats and emails," Wittman said in a press release.

But it's far from perfect. As much as Wittman and Dapper might want to make the dating world better for women, Dapper doesn't solve the problem. In fact, it almost moves us backwards.

Part of the reason dating apps like Tinder were so well-received initially was because they were seen as empowering for women. Modern, successful and smart ladies no longer had to wait for the man to make the first move — they now had an easy, seemingly egalitarian platform to get it done themselves. "Women are using it, and in roughly the same way as men," wrote Ann Friedman for the Cut in 2013.

Dapper, however, reinforces traditional gender roles. Men pay more for the date and are expected to be "chivalrous," and they're punished when they're not. Men are treated like creatures that need a leash, and they're also given virtually all of the responsibility to make sure things go well. Women, while they're free to date whomever they please, are assumed to be incapable of or unwilling to make their own choice about a suitor's respectability.

Plus, eliminating pre-date talking entirely might seem like an overzealous and counterproductive way to solve for the creeper problem, particularly for women who'd prefer to screen their dates.

If it sounds like the app is lacking in female perspective, that may be because only one out of the company's five employees is a woman. Wittman stressed that the research process involved speaking with women, but that one-fifth stat certainly doesn't help things.

He also conceded that Dapper's matchmaking mantra might not be for everyone. "You can totally do it yourself — Tinder is still out there, you can use Match.com. Dapper's just an option. If you don't have that time to spend to do it yourself, we're offering what we think is a solution for you," he told Mic.

But, he admitted, it's "totally, utterly one-sided in how we approach the process — we're basically calling out the guys... [but] I think that's a bigger issue than the other way around."

So what's a woman who online dates to do? Tinder may have been well-received at first for its ability to empower female users, but that empowerment has been accompanied by exposure to abuse, harassment and flagrant misogyny.

On the other end of the spectrum is an app like Dapper, which removes that freedom, albeit while aiming to eliminate the abuse that comes with it.

The question, then, becomes this: Can there be a happy medium? A place where a woman can feel comfortable making the first move and making her own choices, but where she also won't be subjected to a stream of misogynistic garbage?

For the moment, at least, there seems to be no such app in sight that can compete with the Tinders of the world. But a possible solution may be simply giving more women the reins where online dating is concerned. As the New Yorker reported in 2013, there are "precious few dating sites and apps with female founders." Tinder's woes where this is concerned are well-documented, and Dapper doesn't have the best stats, either.

Perhaps offline dating really is to the way to go.

Then again, maybe not.