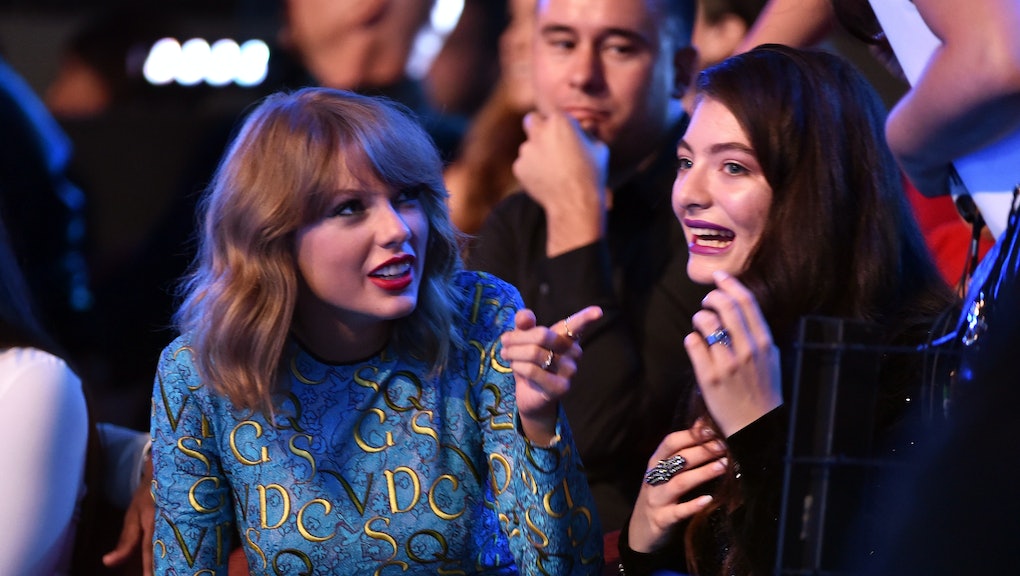 In One Tweet, Lorde Destroys Diplo for His Sexist Insult About Taylor Swift

If you come at T-Swift, you best not miss.

On Tuesday, Diplo critiqued Taylor Swift's butt on Twitter, inspiring a couple of other sad sacks on the Internet to start a crowdfunding campaign to get Swift a caboose.

After the sexist tweets, Swift's friend Lorde intervened with guns blazing in one perfect, succinct response to the DJ's childish ways.

It's awesome to see Lorde sticking up for friend Swift. They've proven to be good pals over the past year, from hanging out together at the MTV Video Music Awards to celebrating Lorde's birthday together.

Taylor Swift and Lorde's friendship isn't just something to ogle; it sets a good example for young women everywhere.

"One thing I do believe as a feminist is that in order for us to have gender equality we have to stop making it a girl fight, and we have to stop being so interested in seeing girls trying to tear each other down," Swift said in a September interview. "It has to be more about cheering each other on, as women."

Seeing Lorde and Swift team up means that the two are taking this sort of feminist ideology to heart. They both have tremendous influence with young people, and their friendship sets an example. And on top of their solidarity, the pair is sending a message to girls that they don't have to ignore every piece of sexist tripe that comes out of someone's mouth.

We're still waiting for that Swift/Lorde collaboration. Until then, we can just continue to obsess over their friendship.