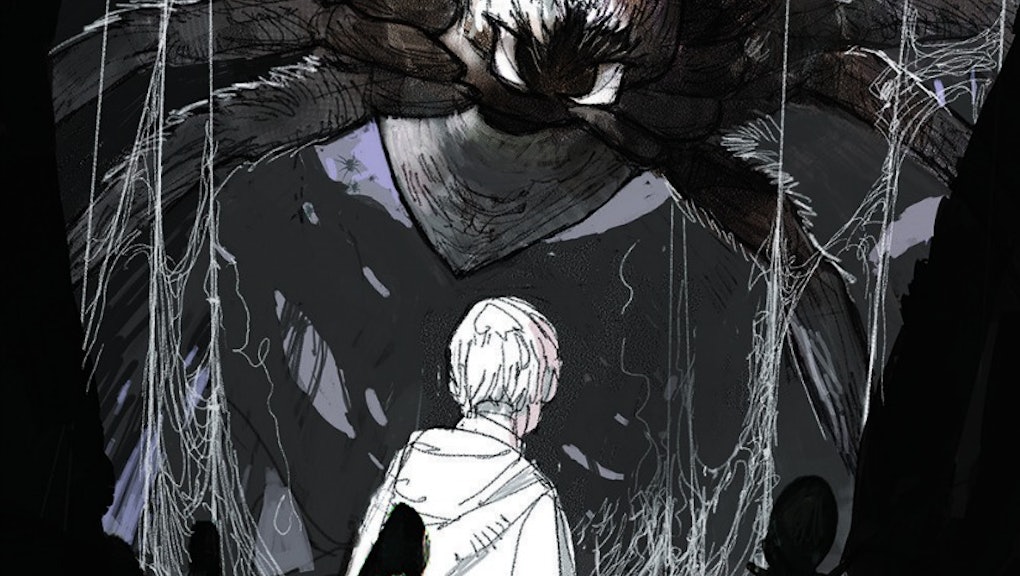 Concept art from Harry Potter: The Creature Vault brings to life the fantastic beasts and beings from everyone's favorite world of wizardry. The book provides a behind-the-scenes look at the enchanting designs from the films, featuring everything from the Dementors that guarded Azkaban to the massive dragon Harry faced in the Triwizard Tournament.

These somber illustrations, while visually stunning, also capture the most important part of the Harry Potter saga. While the movies certainly attempted to grasp the darkness of the stories, many scenes and details were lightened, presumably to retain a PG-13 rating for younger audiences. But these sketches bring back the sinister, macabre imagery of the books, and in doing so, highlight the best part of the series — forcing readers to grapple with serious, real-world moral and political issues in the context of the fantastic.

Check out some of the images from The Creature Vault below.

With Fenrir's fangs, Nagini's transformation, the grindylow's claws and more, the art is definitely dark and provocative. While many have praised the Harry Potter books for highlighting themes of friendship and love, this art is a great reminder that the series is laden with dark themes. Struggles over issues of xenophobia, homophobia, racism and death are all prevalent within the books ("Mudbloods," anyone?), and the protagonists face these evils with conviction. It's no coincidence that researchers found reading the series significantly improved young peoples' perception of stigmatized groups like immigrants, homosexuals or refugees.