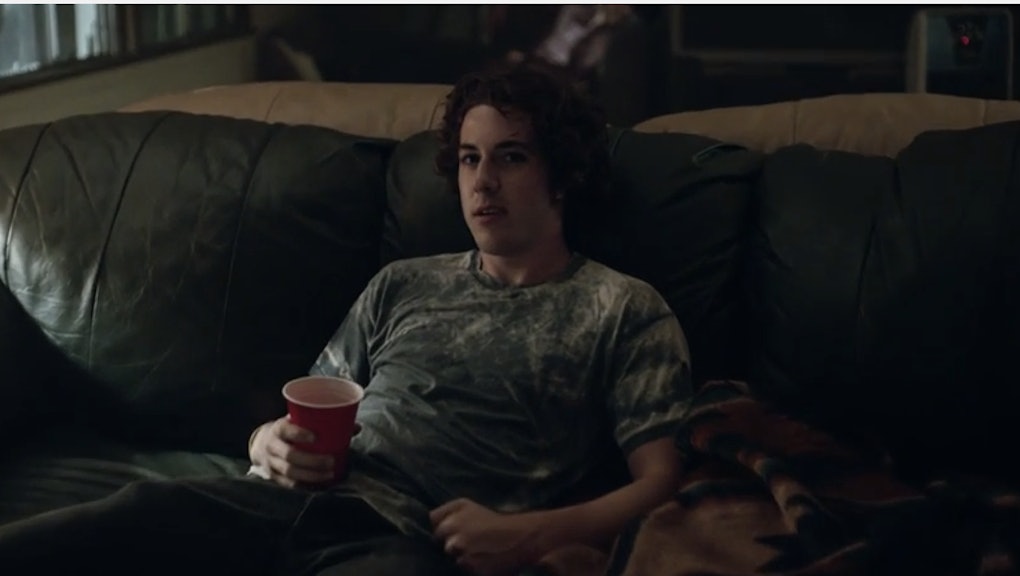 It's a common situation that plays out at house parties and college mixers across America: Girl gets drunk; guy tries to take advantage of the situation.

But why don't more people act when we see this happen?

This is precisely the problem the White House is trying to tackle with its PSA targeting bystanders. Part of their It's On Us campaign, the video aims to raise awareness of bystander intervention and stress why it's important to speak up when you see a potentially non-consenual sexual situation escalating.

Jon Hamm, one of the most prominent faces of the campaign narrates the video. "This isn't a PSA about a sexual assault," the Mad Men actor says as the camera pans over an intoxicated young woman being led upstairs by young man before settling on another man sitting in the corner, observing the situation. The video, Hamm concludes, is about that guy in the corner: "It's about being the guy who stops it."

This video targets a specific demographic; given that most rapes are perpetuated by someone who is known to the victim, and that for college students this often happens in a party setting, the PSA is particularly powerful.

Personal responsibility is important, the video signals, and that includes on the part of those who witness a problematic situation happening in front of them.

Although prevention programs are generally aimed at either the potential perpretrators or potential victims of sexual violence, it's becoming apparent that campaigns targeting bystanders can also be effective tools in the fight against sexual assault. Data shows that men are disproportionately more likely to stop sexual assault if they know the perpetrator, so emphasizing their role in monitoring each other's behavior is essential.

Research also shows that a "failure to notice a high-risk situation is the first barrier to bystander intervention. This barrier may be of a special concern in group situations where people are focused on their own partying or social interactions." That's why presenting real-life scenarios where intervention would be necessary is key and what could make PSAs like this one have the intended effect of reducing sexual assaults.

Ultimately, it's about getting people to put their words into action. As we've seen with hidden camera projects like "What Would You Do?" many people may think they would act in a specific situation, but actually fail to do so.

If we're going to reduce sexual assault on campuses, we need to make it everyone's responsibility. Teaching young people to intervene won't only make a difference when it comes to preventing rape, it will help us combat a culture that allows it to happen in the first place.