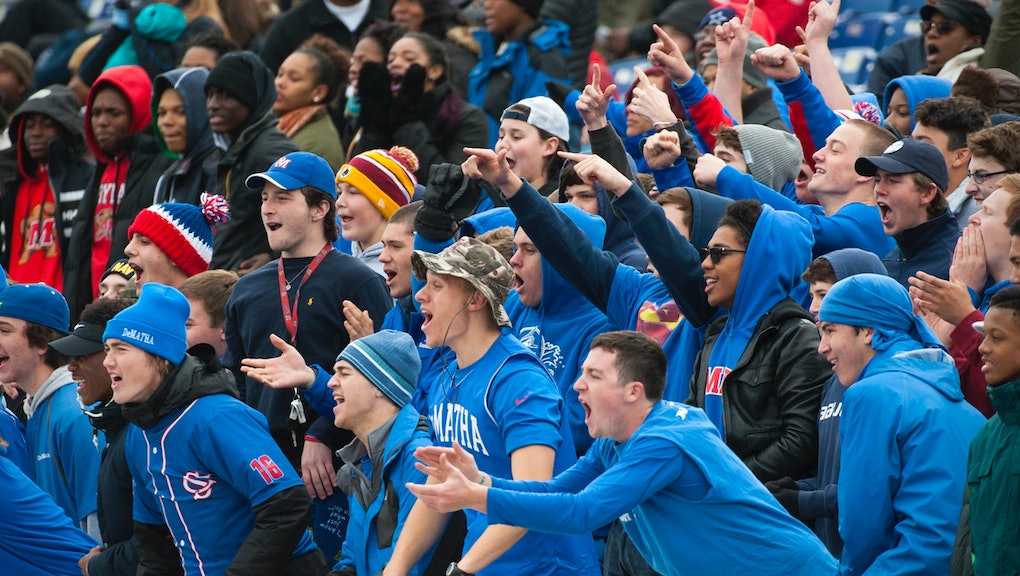 Science Shows Something Surprising About People Who Love Watching Sports

We know how passionate sports can make us feel, especially if a team wins a big game or loses one. Maybe you've felt like you're in a romantic relationship with your sports team. Science has found it can go even further, that your team might affect you to the point of impacting your body weight.

The emotions seem real, but does watching sports actually change our brains?

According to ASAPScience, the answer is yes. Here's what's actually happening in our brains when we watch our team play:

We feel dominant: "After watching your team win, levels of testosterone skyrocket, especially compared to experiencing a loss," according to ASAPScience. So if you're a tortured New York Mets fan or a Philadelphia 76ers fan, there aren't many surges in testosterone... because the team you root for is so constantly dreadful.

Studies show that increased levels of testosterone, among other things, can influence dominating and aggressive behavior. This can help explain why so many riots happen after sports championship victories.

We feel a rush of pleasure: Some fans experience dopamine surges whenever their favorite team or athlete fares well. Psychology Today describes dopamine as a "neurotransmitter that helps control the brain's reward and pleasure centers." It helps regulate emotional responses as well as movement.

Whenever a fan's team experiences a win, that individual's "pleasure centers" will be ignited.

We actually feel like we're playing in the game: Cells in the brain called mirror neurons activate when sports fans watch games. Mirror neurons help people understand the actions of others and allow people to put themselves "into another's shoes" — in other words, to feel empathy. When it comes to watching sports, these mirror neurons cause fans to internalize the actions they're witnessing on the field and feel the accompanying emotions as if they were doing the action themselves.

In other words, we feel as elated about the the game-winning touchdown as the football player who catches it. The sadness we feel when our team loses can be as acute as if we were on the team ourselves, even though we didn't actually win or lose anything but several hours of our day.

Other hormones come into play with sports fandom, as the Columbia Journalism Review explains:

We know from endocrinology that our hormones engage when watching sports, as they do in the presence of any competition: testosterone, adrenaline, cortisol and oxytocin are all active in fans, with some connections better understood than others.

While people get invested in sports and teams for different reasons, the hormonal reactions can be similar. And what's going on in our brains explains why we keep on watching: We're "looking to recreate the physiological excitement [we] can't seem to forget" from big team wins, according to ASAPScience.

The result? As Boston.com put it, we're basically addicted and keeping coming back for more — whether we're from Boston, Philadelphia or more winning cities.