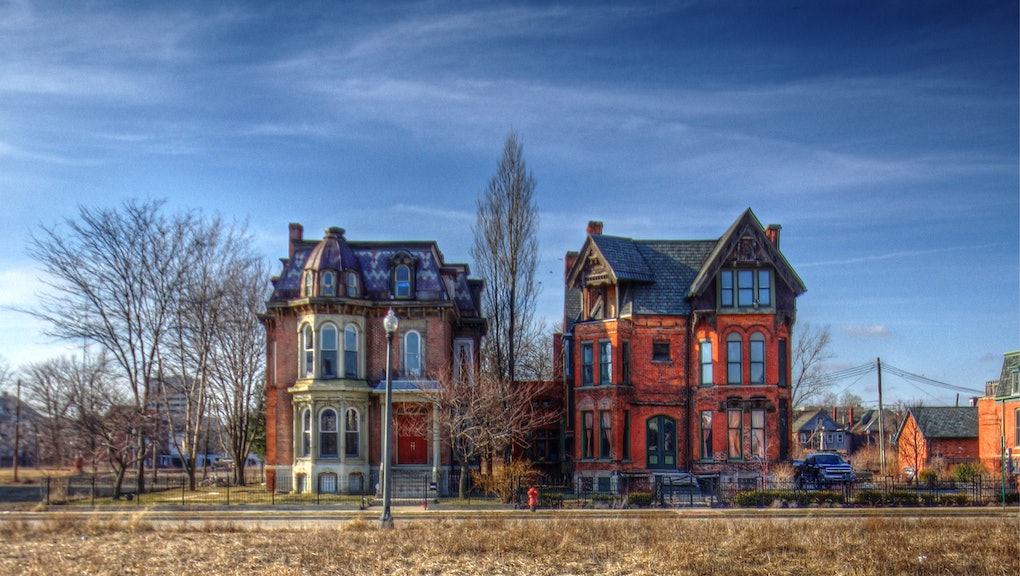 Your Hometown May Be the Reason You're Rich — or Poor

Home is more than just a place. Where you grow up helps shape your destiny. And it might be just as important as class background and race in determining future income.

That's the gist of new research published in Economic Geography by the Brookings Institution's Jonathan Rothwell and Princeton's Douglas Massey, which found that growing up in a rich neighborhood translates to hundreds of thousands of dollars in extra income over the course of a person's lifetime.

The study: Rothwell and Massey paired Census data with information from the Panel Survey of Income Dynamics to study how growing up in a poor neighborhood would affect lifetime income. They found that neighborhood wealth in the first 16 years of a person's life had a dramatic impact on their eventual money-making ability, even after controlling for family income, as Rothwell explained in a blog post on the subject:

When they adjusted for purchasing power (a couple of thousand bucks goes a long way in Milwaukee, but maybe not in New York), the effect was even greater.

The effect was also more pronounced in cities with high levels of economic segregation. For example, children from mixed-income neighborhoods fare better than those from ones where only poor people live. Economically, the results suggest that people tend not to move very far from where they were born.

Why it happens: School quality is one obvious explanation. Since schools are closely linked to local government and property taxes, the quality of K-12 education tends to reflect the relative success or deprivation of the households that send their kids there. A more equitable tax distribution policy may help alleviate the constraints of growing up in a poor neighborhood, as would more affordable housing in neighborhoods with good school districts.

Beyond that, there are factors like crime, which is highly correlated with economic inequality, and fewer economic opportunities in bad neighborhoods. Increased segregation of rich, middle class and poor people over the past four and a half decades has made breaking barriers more difficult; Brookings' Patrick Sharkey used census data to construct this chart of economic segregation from 1970 to 2000.

Sharkey emphasizes that a national focus on relieving poverty won't be enough to counteract this trend on its own. Since the effect of class segregation is so dramatic, Sharkey says that discussions of "economic mobility must shift toward a focus on cities and states within the United States."

In June a separate analysis for the National Bureau of Economic Research by researchers from Harvard and the University of California at Berkeley reached conclusions that back up the newer study. The team found that areas that still have high upward mobility have less residential segregation and income inequality, better schools, more social capital and more resilient families. They concluded that "intergenerational mobility is a local problem" that will require input and effort from specific cities and regions to resolve.

That's not to say strong national economic policy doesn't have a role to play increasing the opportunities available to people who grow up in poor neighborhoods. But it does mean that tackling low class mobility in America would definitely require intense efforts on the local level, which is a more difficult problem to solve. After all, why would rich neighborhoods want to be more equitable when they've already got so much of the pie for themselves?