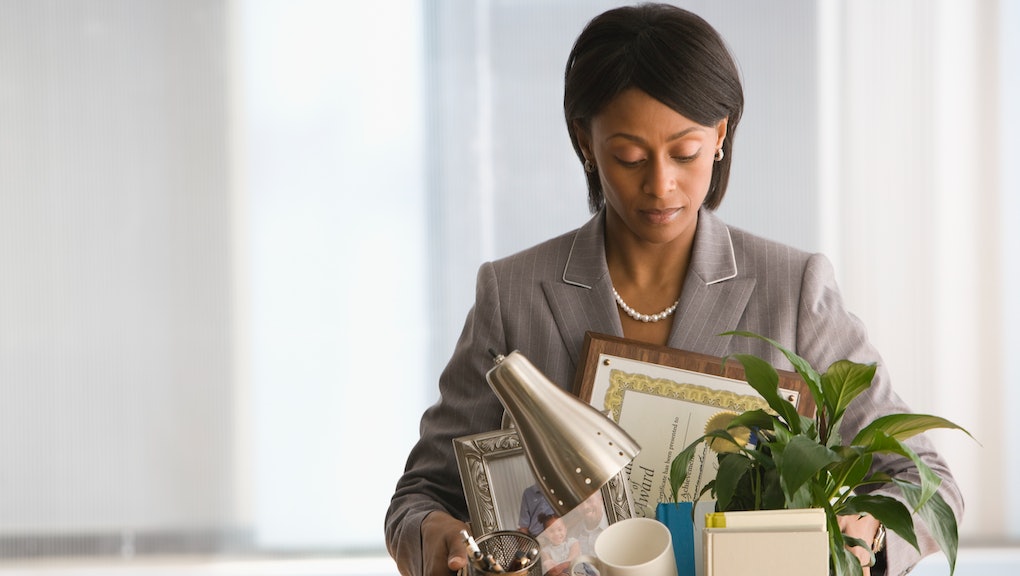 A Ton of Americans Just Quit Their Jobs. So Why Are Economists Celebrating?

There are many signs of a healthy economy. More people storming self-righteously out of their offices, never to return, is actually one of them.

In September, 2.8 million people quit their jobs, more than in any month since April 2008, according to a new report from the Bureau of Labor Statistics. That means 2% of the country's workers decided to leave their jobs of their own volition.

Economists are overjoyed, or at least as joyed as economists ever get. Joseph LaVorgna, chief U.S. economist at Deutsche Bank, told Reuters that more quitting is "definitely good for wages," while Thomas Costerg, an economist at Standard Chartered Bank, told Bloomberg that it was "good news" because "people are ready to take more risks and seek jobs elsewhere."

Why it's good: It's counterintuitive — isn't nearly 3 million people quitting their jobs a bad thing? But it's not about employment: It's about freedom.

Let's say you work at a laser tag arena. You hate your job — you've always wanted to follow your first dream of animal husbandry — but it's steady pay. In a bad economy, you're going to cling to that job for as long as possible, since you need the money and you're scared you won't find a better one. In a good economy, though, you're not afraid to strike out and try your hand at breeding horses, meaning some other stiff can be hired in your place to deal with all the kids' birthday parties.

Simply put, workers quit more when they think the job market looks better. It's better for the workers, who can try and find jobs better suited for them, and it's better for the unemployed, since more turnover means more openings to get back into a job. The fact that more people are voluntarily quitting is a positive sign for worker confidence, and a sign that many are starting to feel the slow, steady economic recovery.

There were 4.7 million job openings in September, according to the report. That figure is at pre-recession levels, and has been on the upswing ever since a low point of about 2 million in 2009.

The new study doesn't mean everything is back to normal, but it does mean things are looking up. So if you're unhappy at your job and starting to think you might have a better shot doing something else, go ahead and quit. The American people will thank you.