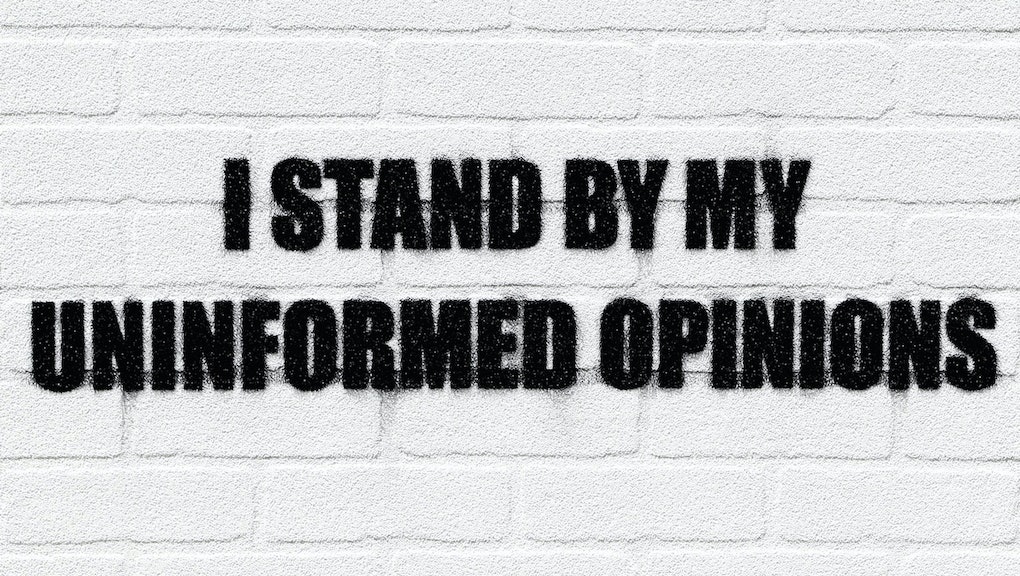 Artist Adam Mars critiqued these tiresome aspects of the modern Western world in a witty new exhibit at the Gusford Gallery, titled "Once Upon a Time, We Weren't Stalkers."

"I was trying to satirize the current state of popular culture and social media as they relate to relationships, voyeurism, and sexual behavior," Mars told Mic. "I tried to create a very contemporary reflection of the times, but also with a conscious nod to our pre-Internet past in order to call attention to how far we've evolved, and devolved, since we got hooked on emojis, the like button, and the symbol formerly known as the 'pound key'"

Mars has taken mainstream culture to task previously. His last exhibit for the Gusford Gallery, Public Privates, also derided the more frivolous aspects of our lives.

The takeaway: Perhaps Mars is right and society has sold its soul to swiping and the "Like" button — but it may not be too late to get it back. It's OK to use Tinder, Facebook, Twitter, and other Internet-centric staples of modern life. It's just not OK to be ruled by them.