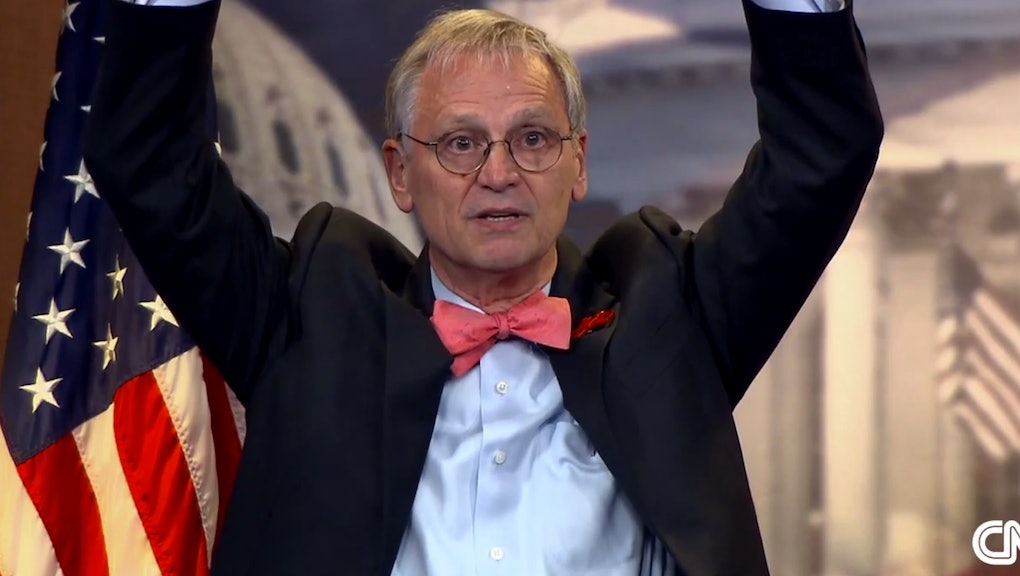 Congressman Reminds America How Many People Have Died from Marijuana Overdoses

No one has ever died from a weed overdose.

The unlikely quartet gathered to publicly pressure their congressional colleagues to follow in the footsteps of Blumenauer's Oregon, Norton's Washington, D.C., and Polis' Colorado in legalizing marijuana.

"Marijuana should not be a Schedule 1 [drug]," Blumenauer said as the conversation moved on to options other than legalization, like a proposal to downgrade its legal classification. "It's not more dangerous than methamphetamines or cocaine."

Indeed, alcohol is directly responsible for thousands more deaths than marijuana each day. And it's always a shutout. To keep up, take a look at this running tab. The World Health Organization backs up Blumenauer's point. In May, the group released a study showing that 3.3 million people died "due to harmful use of alcohol" in 2012 alone.

Though it's not impossible to kill yourself with weed — somewhere between 20,000 and 40,000 joints should do it, the Huffington Post reports — there is no record of anyone having succeeded.

Rohrabacher was the only one present whose state or home district, California, has not voted to legalize recreational use of the drug.

"Let's not waste tax dollars and oppress people with big government," he said. "Let's leave these issues up to the states and strike a blow for liberty."

Blustering aside, Blumenauer made a number of serious points about the side effects of the federal government's fixation on marijuana. By putting weed on a level with "meth and cocaine," he said, it's undercutting its own efforts to make clear how dangerous those drugs really are.

And that is reason enough for Congress to take action now. Or at least stay out of the states' way.