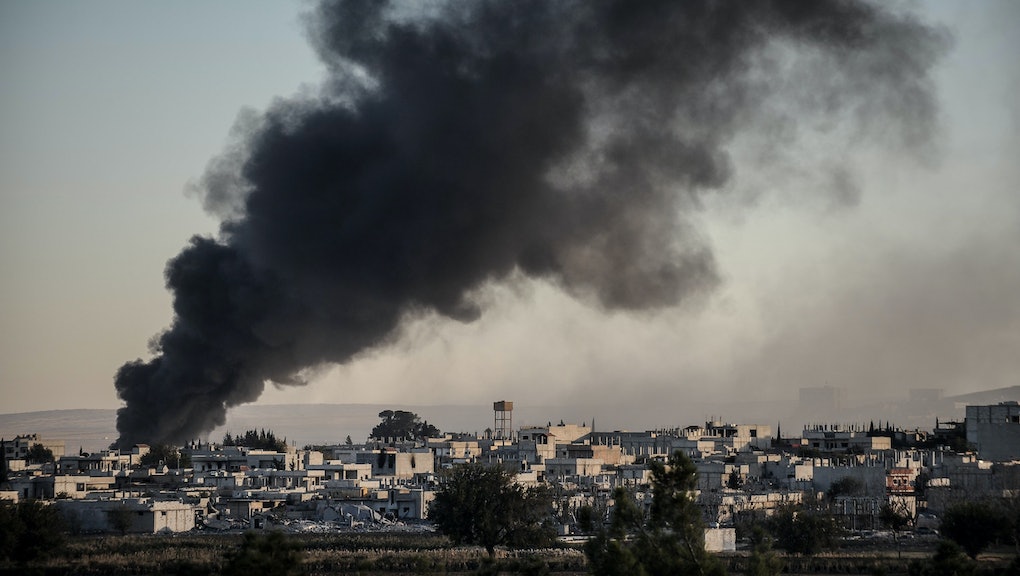 The Islamic State Is Partnering With al-Qaida Forces in Syria

The Islamic State and the Nusra Front, al-Qaida's affiliate in Syria, are now working together, according to the according to the Associated Press. This makes a tough road even tougher for U.S.-backed forces in the region.

The agreement isn't a merger, but it does mean the two may stop fighting each other, which is a huge deal if it comes to pass. By avoiding internal bloodshed, the two groups could become even more powerful.

The background: According to the Associated Press, representatives from IS and the Nusra Front met in northern Syria last week to hammer out an accord. While IS used to be al-Qaida's affiliate in Iraq, it broke from the larger terror group in February. That lead to al-Qaida publicly disowning IS and repeated clashes between the two groups in Syria.

It may be a common enemy that brought the two together. The Associated Press reported that both sides have agreed to take out the Syrian Revolutionaries Front, a rebel group with 10,000 to 12,000 members armed and trained by the U.S. The two also agreed to swap fighters to help out on other fronts.

To make matters worse for the U.S., IS leader Abu Bakr al-Baghdadi — thought to have been gravely injured or killed in an airstrike — emerged with a 17-minute speech that was distributed Thursday telling supporters to "erupt volcanoes of jihad everywhere," according to the New York Times.

What it means: It's certainly bad news for the Syrian Revolutionaries Front, but it could also spell trouble for other U.S.-backed forces in the region like the Free Syrian Army or even Kurdish fighters in Iraq.

For U.S. interests, having the two terror groups fighting each other was a sort of blessing. If they stay united — and two militant organizations who had previously been killing each other aren't a lock to get along great, so that's a big "if" — those U.S.-backed groups might start calling for more resources and more air strikes.

President Barack Obama has already increased troop levels in Iraq, though that call was made before the alliance was reported. Even more military involvement may be a tough sell, though it remains to be seen how successful IS and the Nusra Front will be as partners.