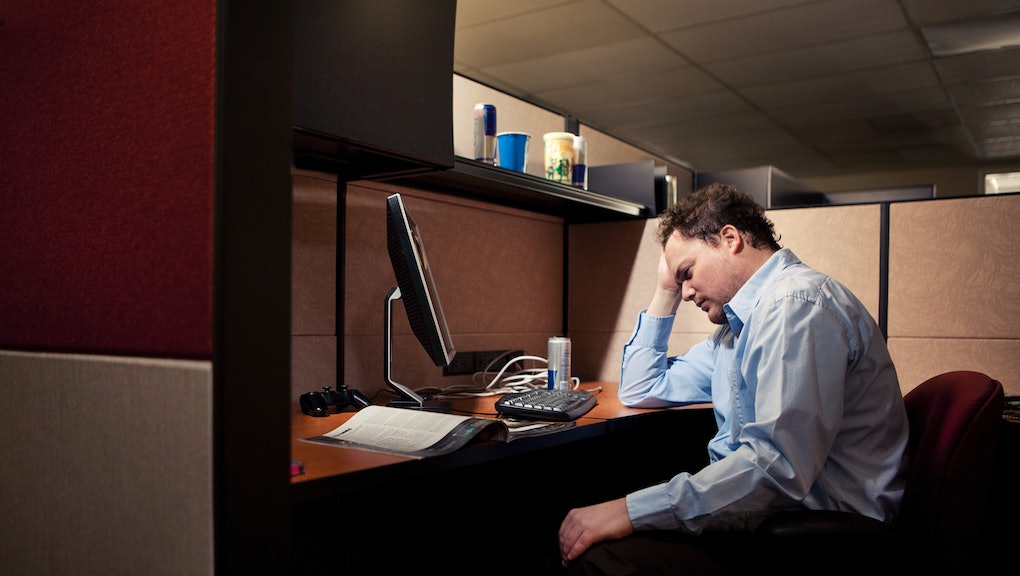 By many measures, the American economy is faring quite well. Its pace of growth is healthy and the unemployment rate continues to improve. It's now a manageable 5.8%, a significant drop from 7.2% a year before.

But ordinary Americans still harbor extraordinary pessimism: 70% of voters in the midterm elections described the economy as "not good" or "poor," which contributed to the Democrats' widespread losses. An even higher percentage of people still think the U.S. is in a recession, even though it hasn't been in one for years.

So if the overall economy is improving, then why isn't morale about the economy improving too?

Stagnant wages: The problem defies simple explanation, but a significant portion of it lies in the concept of wageless recovery, the phenomenon where positive growth and falling unemployment don't bring about matching trends in household income.

While the unemployment rate has made notable progress over the last 12 months, wages are up only 2%.

Wage stagnation is a deep problem that precedes the financial crisis. As David Leonhardt at the New York Times notes, median inflation-adjusted income last year was $2,100 lower than when Barack Obama assumed the presidency in 2009, and $3,600 lower than when George W. Bush took office in 2001.

Income can serve as a more intuitive proxy for people's sense of their welfare and their prospects, and the public has likely sensed the decline in household income shown here:

There are many reasons for the disconnect between unemployment and wages, but a great deal of it can explained by the invisible class of people who have been unemployed for so long that they've abandoned the search for a job and are contributing to hidden slack in the labor market. We're further from full employment than the official statistics suggest, which is key to understanding why wage growth has continued to be sluggish.

It's also important to note that while fewer people are unemployed today than in years past, how people are employed matters as well. Many jobs that have been added are part-time and pay worse than jobs lost during the recession. A Rutgers survey of the long-term unemployed found among those who found a job, close to half said it paid less than their previous one, and close to half also described their new job as a step down for them compared to what they were doing five years ago.

So, who is benefiting from our recovery? The rich. A study flagged by Robert Reich shows 116% of income growth during the recovery has gone to the best-off 10%, with the top 1% claiming 95% of the gains. The bottom 90% of the population saw their incomes fall, on average, during that period.

There is no silver bullet for resolving wage stagnation, but many political and economic analysts suspect that the party that convinces the public that it can solve the problem of unfair outcomes in the economy holds the keys to the next election.