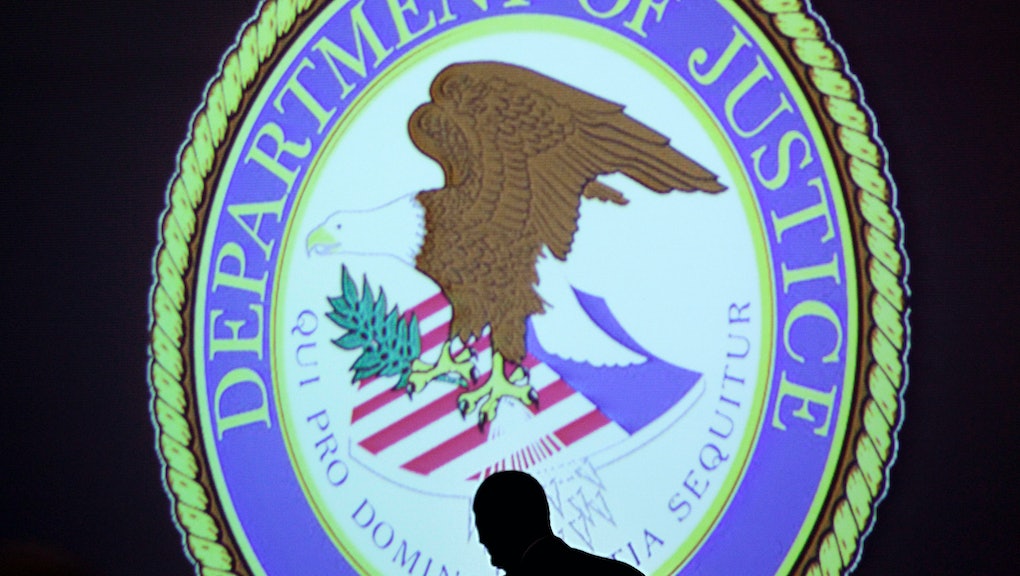 The news: Another day, another surveillance scandal for the U.S. government.

On Thursday, the Wall Street Journal published a disturbing exposé on a secret Justice Department spying program that uses a fleet of airplanes to intercept phone calls and scoop up mobile data from thousands of cellphones at a time. According to the Journal, the U.S. Marshals Service program started around 2007 and runs out of at least five metropolitan airports and covers most of the U.S. population.

How does it work? For the program, airplanes are equipped with "dirtboxes," which mimic the activity of cellphone towers. Our cellphones are designed to automatically connect to the cell tower with the strongest signal in the area; the dirtboxes trick phones into connecting with them instead, and can collect private registration information from tens of thousands of phones in one go.

While the use of fake cell towers in government operations is old news, as Vox points out, this is the first time we are hearing about an airborne operation, which drastically increases its scope.

What does this mean? Much like the previously exposed National Security Agency surveillance programs, the Marshals Service program collects data indiscriminately and with little oversight.

While sources say that the program can target specific criminals and terrorists, it is unavoidable that a lot of innocent Americans' private phone data get picked up in the process.

Such lack of specificity and oversight indicate that this is "a dragnet surveillance program. It's inexcusable and it's likely—to the extent judges are authorizing it—[that] they have no idea of the scale of it," Christopher Soghoian, chief technologist at the American Civil Liberties Union, told the Journal.

While details about this program are still coming out, one thing is clear: We are still scratching the surface of secret government operations monitoring Americans' activities.