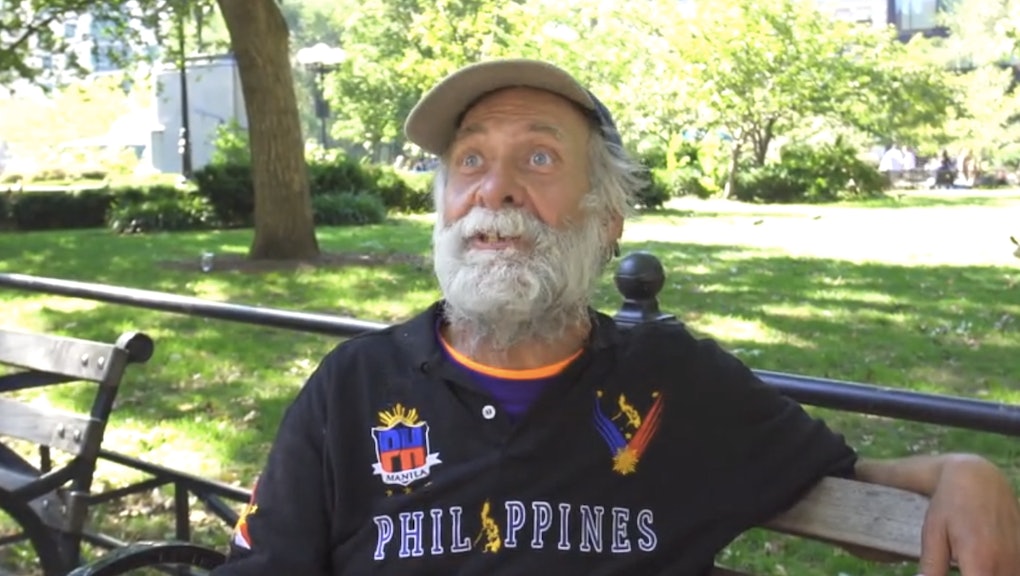 Watch Men Try to Explain Why They Catcall

"If a girl comes out, in public, in tight leggings ... I'm saying something."

Here we go again. In a new video created by Gothamist and production company Marabigo, men explain why they catcall. They also offer women helpful "advice" on how not to be harassed. For example, "Try not to wear tight clothes."

While the answers were unsurprising in their perpetuation of stereotypically sexist tropes, the video does provide an interesting glimpse into the mind of someone who believes leggings are an invitation to harass. Ultimately, a closer examination reveals that catcalling, while experienced by an estimated 65% of women, is not about women at all. It's about men asserting themselves and impressing other men.

"It's my right, in America, to place what I want to say," says one of the men interviewed. Later in the video, he demonstrates his "suck" noise as his mating call for women. "Do you understand what I'm saying? You have a beautiful body. Why can't I say something?"

If women are uncomfortable with the attention, it's probably because they're insecure, one man claims.

Yet another says catcalling is part of masculine culture: "When he's with a group of guys, he kind of thinks he needs to do it in a way in order to prove it to his friends that he's like you know macho."

As his explanation reveals, for some men, street harassment is a completely self-serving practice. Indeed, this speaks to a fundamental truth about masculinity: Men don't need to prove their masculinity to women, they need to prove it to men, because men often have the final say when it comes to deciding what is considered "manly."

This is precisely why, despite increased efforts by advocates to educate the general public about the toxic practice, many men are unwilling — or unable — to stop. They just don't care what women think.