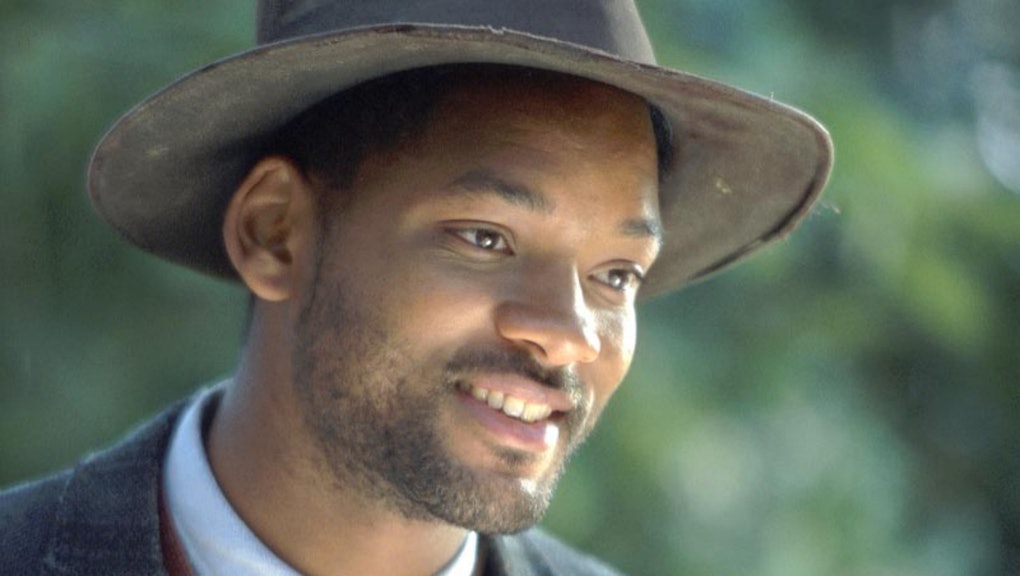 The news: The stereotype of the "magical Negro" didn't vanish with the Antebellum South. New research published in Social Psychological and Personality Science has found that whites continue to hold superstitious beliefs about black people. In America. In 2014.

A series of studies found that white people look upon blacks with a "superhumanization bias," or the idea that black people have preternatural or otherwise uncommon abilities. This is may sound like good news, but it's not. Those stereotypes are part of the way whites have historically justified the domination of black people.

The study: In one experiment, 30 white volunteers were taken to a private lab room and completed an implicit association test that attempted to determine which race they associated more with seven "superhuman words" (ghost, paranormal, spirit, wizard, supernatural, magic and mystical). Whites tended to associate black faces with the far-out word group, suggesting that "whites appear to superhumanize blacks implicitly."

In another test, white Internet users were explicitly asked to match up either a white or black face to the following questions:

1) Which person "is more likely to have superhuman skin that is thick enough that it can withstand the pain of burning hot coals?"

The white respondents associated black people with the superhuman abilities about 63.5% of the time, with whites coming close only in the mind-reading category (52% black) and falling from a plane (54% black). "In all six cases, a majority of participants assigned superhumanness to the Black target rather than the White target," the study's authors explain. "Overall, this study's findings suggest that broadly superhumanization of Blacks versus Whites emerges at an explicit level."

Why it matters: Perhaps this might not seem so bad at first glance. After all, why would it be a negative thing to be associated with incredible abilities? Unfortunately, the authors conclude that the superhumanization bias mainly has to do with "long-held stereotypes about toughness, aggression, physicality and sexuality."

A final study with 190 participants found that the superhumanization bias also was associated with decreased perception of pain in black people. It also found that white people see blacks as "marginally less capable" than whites of everyday human activities like walking a dog or picking out a ripe avocado at the store. It's clear that the quasi-mystical qualities whites associate with blacks don't make them equals.

For example, whether white perception of black immunity to pain has more to do with stereotypes of increased toughness or dehumanization, the result is that whites are probably less able to recognize the suffering of black folk. That might explain why whites are quicker to assume young black men are dangerous or that young black offenders are more "adult" than white ones in the sentencing process. As the Huffington Post's H.A. Goodman writes, white empathy with black suffering would require challenging a status quo that largely benefits whites.

But blacks aren't just stereotyped as having better physical abilities than whites. The tendency to associate black folk with magical abilities is reflected in the classical trope of the "magical Negro," in which an exotic, wise and sometimes outright magical black person appears to handily guide struggling whites to success. Usually, the magical black character is poorly developed, existing only as a prop for whites. Black director Spike Lee ties both to the stereotypes of the "noble savage and the happy slave." As Slate's Matthew Hudson adds, this is backed up by similar tests that find whites think blacks rely more on intuition while making decisions and give better relationship advice.

In other words, exoticizing black people relegates them to roles subservient to whites in society. Hopefully these stereotypes will vanish as the white majority does; current projections have found that current minority groups will outnumber white people in the U.S. within 30 years.