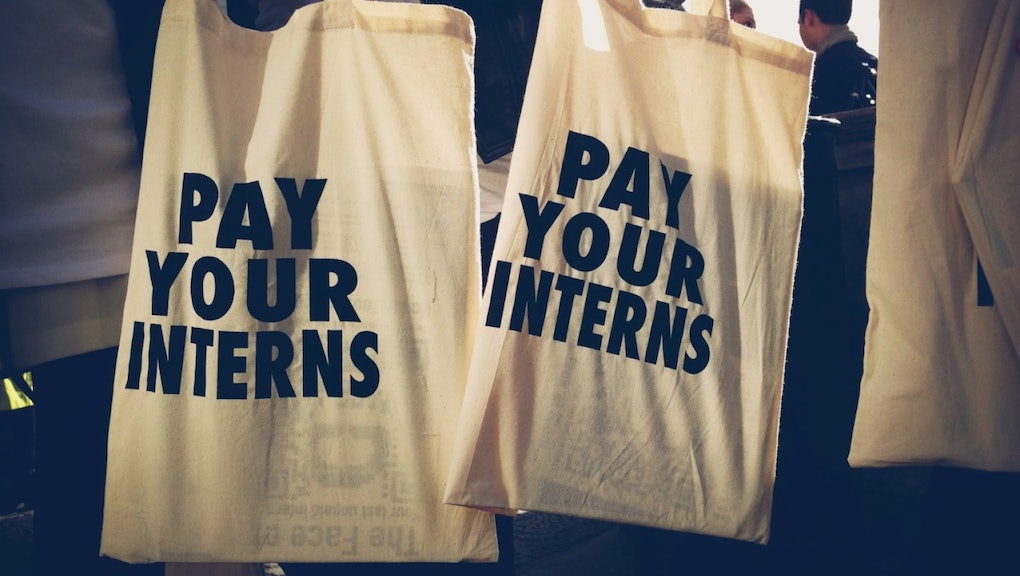 Former interns for Condé Nast stand to get one final payday from the company. The workers agreed to a $5.8 million settlement from the publishing company in exchange for dropping a pending lawsuit. Reuters reports that the settlement will be distributed among 7,500 former interns who had worked below the minimum wage for Condé Nast publications such as Vanity Fair, Vogue and the New Yorker.

As part of the agreement, Condé Nast will retroactively pay interns who worked at the company as long ago as June 2007 amounts ranging from $700 to $1,800. The settlement is another nail in the coffin of the publisher's internship program. After the lawsuit was filed in June 2013, the company decided to cancel its 2014 programs entirely.

From Capital New York, here's the internal email that the publisher sent out to staff when news of the settlement broke:

The background: The settlement comes just a few weeks after NBCUniversal agreed to settle with approximately 9,000 unpaid interns, who received $6.4 million. Both suits were brought by New York law firm Outten & Golden LLP, which has also backed lawsuits against Hearst, Fox Searchlight and Charlie Rose's production company. In June, Capital New York reported the firm was considering a suit against Vice Media.

According to federal labor law, internships that pay below the minimum wage must serve a primarily educational purpose; employers can't simply exploit interns for labor, or replace full-time workers with unpaid college students. The Economist summarizes the trickiest Department of Labor requirements for unpaid internships:

... the internship must be "similar to training which would be given in an educational environment"; that the intern must not displace ordinary employees; and that the firm must not benefit from the work the intern carries out.

Under those federal guidelines, a great deal of unpaid internships look pretty iffy. For example, Condé Nast co-plaintiff Matthew Leib's duties were almost exclusively editorial and production work that would normally be assigned to an assistant editor. The other lead plaintiff, Lauren Ballinger, claimed she was paid $12 a day regardless of how many hours she was on the job.

Why you should care: Former interns who were unfairly paid are winning big time in court, meaning that many companies will eventually either abandon their unpaid internship programs or begin paying the minimum wage.

While Bloomberg Businessweek concluded last year that the suits could "be an unfortunate development for college students willing to do free grunt work," the reality is that unpaid internships contribute to economic inequality and are bad for the economy as a whole. The Economic Policy Institute concludes that unpaid entry-level work results in barriers for entry among people who can't afford to work for free, while in 2011 alone unpaid or poorly paid internships screwed millions of workers out of at least $600 million in wages. The New York Times reports that unpaid interns are unlikely to raise issues about pay or workplace problems because they fear being branded as troublemakers.

Ultimately, it may turn out that most unpaid internships for for-profit companies eventually vanish — good news for those who can't afford to work for free, no matter how much they love their jobs.