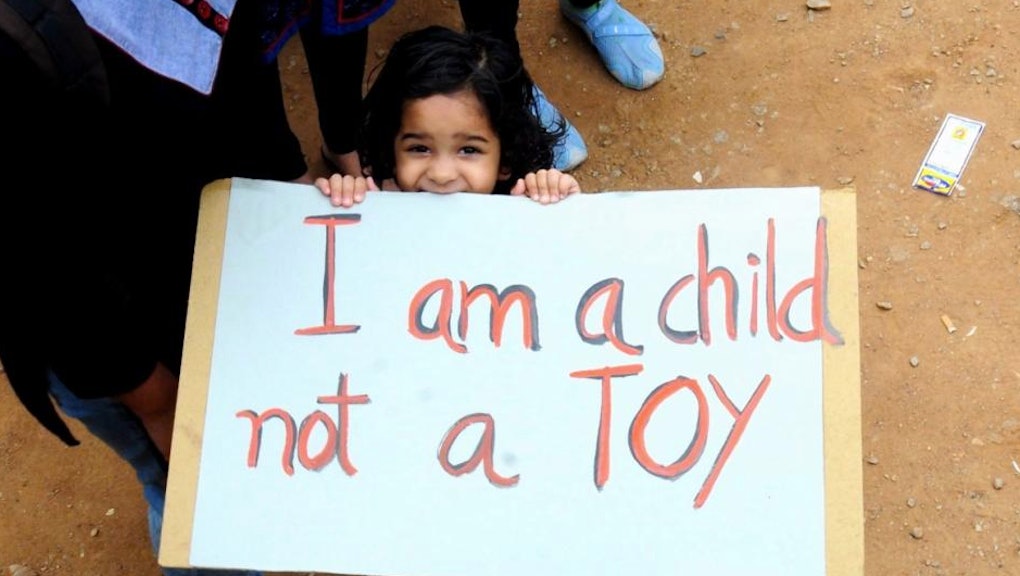 It's an all-too familiar story: A male teacher engages in a sexual relationship with one of his underage students, committing statutory rape and breaking every ethical rule of his profession in the process. When his crimes are discovered, the teacher pleads for mercy and accuses the student in question of concocting the entire affair — she was "predatory!" She's older than her "chronological age!" She's a latter-day Lolita!

These arguments are frequently dispatched by the legal teams of child molesters eager to exploit rape culture's tendency to blame the victim in cases of sexual violence. A case in California, however, may be the first time that those same indefensible "defenses" have been utilized by an entire school district charged with facilitating the abuse of one of its own students.

In an investigation by Southern California public radio station KPCC, the Los Angeles Unified School District used this legal strategy after Elkis Lazaro Hermida, a middle school math teacher, confessed to having repeatedly statutorily raped a student who was between the ages of 13 and 14. He was arrested in May 2011 and later convicted of lewd and lascivious behavior with a minor.

When the guardian of the former student sued the district for negligence, the school district argued in court that the middle school student was mature enough to consent. As Keith Wyatt, the district's trial attorney, told KPCC:

"She went to a motel in which she engaged in voluntary consensual sex with her teacher. Why shouldn't she be responsible for that?"

The school district also entered the girl's sexual history as "evidence" of previous promiscuity — a practice that's legally inadmissible in criminal cases but allowed in civil cases. The school district even persuaded Judge Lawrence Cho to place the girl's name on the jury's verdict form, giving jurors the option of finding a juvenile rape victim "at fault."

The jury sided with the district, submitting that since the school administrators didn't know about the abuse, they weren't liable for the estimated $100,000 in therapy the victim would require over the rest of her life.

Why this is obscene: According to the U.S. Department of Justice, 44% of rape victims in the United States are under the age of 18. Underage victims are easily coerced into not reporting sex crimes —  60% of rapes are never reported. When one of the rare survivors is willing and able to come forward, the last thing that should happen is for them to be held up as responsible for their own sexual assault — especially by lawyers purporting to represent the school district that employed their rapist in the first place.

In California, the age of consent, a supposedly ironclad cutoff below which no person is deemed capable of consenting to sex, is 18. Arguments about "maturity" and "culpability" don't matter for a reason — the state has determined that no 13-year-old girl is capable of making that kind of decision. To deploy an argument that asserts otherwise isn't just legally specious but morally reprehensible.