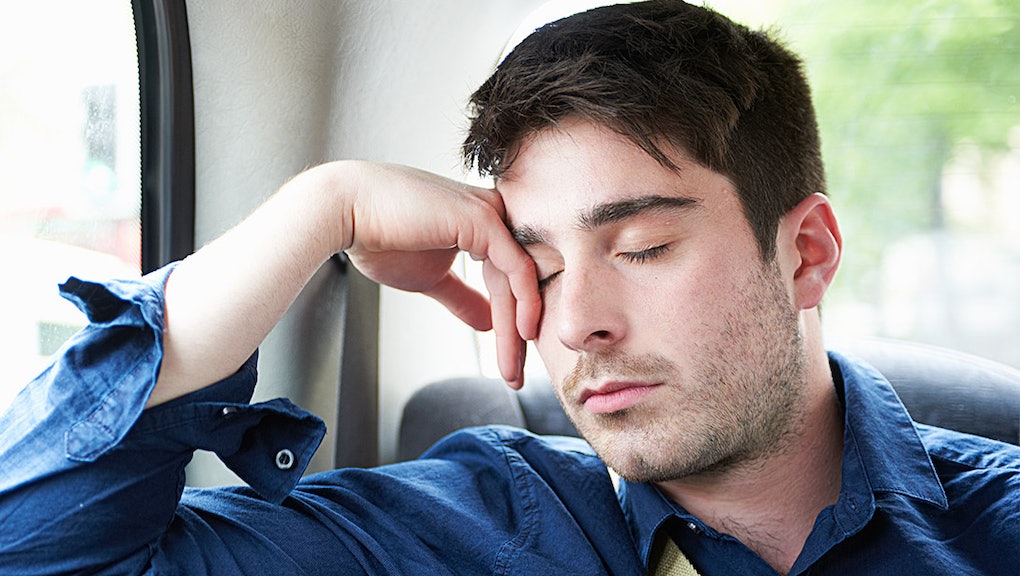 Scientists Have Discovered Why You're Tired All the Time

Everyone knows there are two types of people in the world: morning people and evening people. Right?

Well, maybe not — at least according to a new study out of the Siberian Branch of the Russian Academy of Sciences. According to the findings of biologist Arcady Putilov to be published in the journal Personality and Individual Differences, there are more categories of sleepers than just morning people and night people, and those findings might explain why you're always — or never — tired.

The popular thinking about sleep patterns is that you're either a morning lark (early to bed, early to rise and feeling great in the morning) or a night owl (waking up and staying up late, and most energetic in the evening). But according to Putilov and co., as summarized by BPS Research Digest, some people fall into two other categories: "high energetic" people who are alert and active in both the morning and night, and "lethargic people" who are relatively dozy in both the morning and night.

To end up with these results, the Russian team asked 130 people to stay awake for 24 hours straight and answer questions about their state, their sleep patterns and their functioning abilities during the previous week. According to the data collected, 29 were larks and 44 were owls. But another 25 were energetic and 32 were lethargic. The team also found that both the energetic and lethargic participants had sleep patterns and wake-up and bed times somewhere in between the larks and the owls, though energetic people slept an average of 30 minutes less than everyone else, for a total for about 7.5 hours of sleep each night.

According to the researchers, these findings indicate the existence of "four diurnal types, and each of these types can ... be differentiated from any of three other types on self-scorings of alertness-sleepiness levels in the course of 24-hours sleep deprivation."

Or, in other words, there are more sleep styles than most people realized, and that's perfectly OK. So the next time you're complaining about being tired all the time, you might actually just be clinically lethargic, and there's not a whole lot you can do about it — it's just your sleep controlling your body. And, on the other hand, if you know someone who's always chipper and ready to go, it's not just gallons of coffee and Red Bull — they might be energetic sleepers.

Of course, one important question remains: What to call these two new categories? The previous two had sweet bird names — owl and lark — so obviously we need two more for the newly discovered groups. What about hummingbirds (very fast and lively) and woodcocks (the slowest known birds)? Those might work.