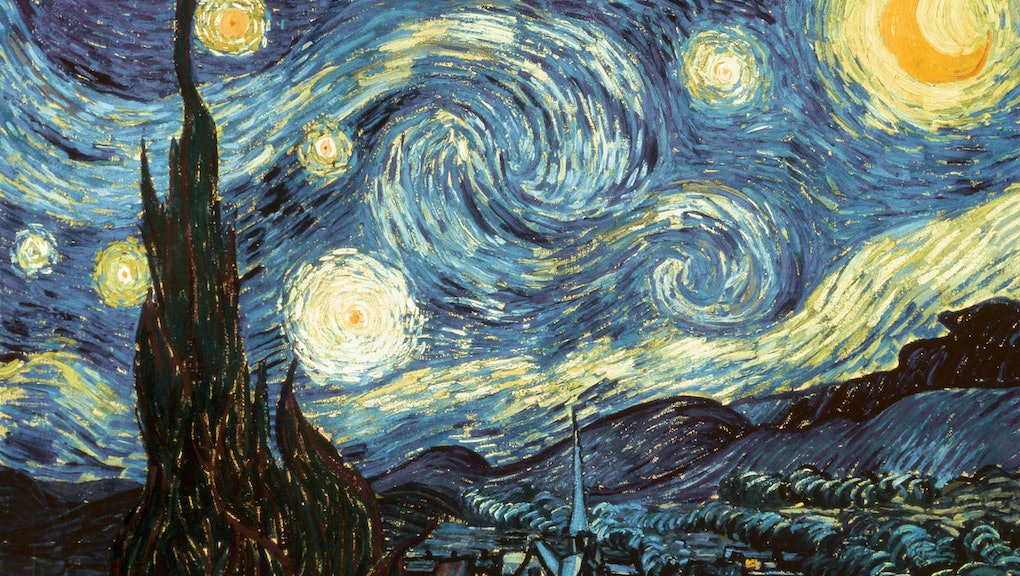 "When I meet God, I am going to ask him two questions: why relativity? And why turbulence? I really believe he will have an answer for the first."

Those were the words 20th century German theoretical physicist Werner Heisenberg used to describe one of the most complex scientific principles in history: turbulence. It's so complicated, in fact, that scientists still don't completely understand how it works; as Nature reported in 2006, it's still unsolved, and "some are said to have considered the problem harder than quantum mechanics."

One man, however, was able to accurately visually depict the theory's existence. Years before scientists even began to understand how turbulence worked, Vincent van Gogh was busy painting it into some of his most famous works.

Watch this video for a primer:

Here's how it works: The modern theory of turbulence includes the concept of "eddies." In effect, turbulent flow is composed of big eddies which give way to smaller eddies and smaller eddies still. It's not a simple idea to process, but it's much easier to see in visual terms:

Remind you of anything? The swirly pattern looks remarkably similar to the pattern of the sky in van Gogh's "The Starry Night." Researchers took notice, and after a close analysis, they discovered that the patterns in "The Starry Night," "Road with Cypress and Star" and "Wheatfield with Crows" closely resembled the mathematical structure of turbulent flow. Again, these paintings were created years before scientists could even begin to wrap their minds around the theory.

As the video explains, "Researchers digitized the paintings, and measured how brightness varies between any two pixels. From the curves measured for pixel separations, they concluded that [the paintings] behave remarkably similar to fluid turbulence."

Here's the kicker: The works were all created during particularly chaotic times in van Gogh's life. He painted "The Starry Night," for example, while recovering in an asylum in Saint-Rémy-de-Provence, where he voluntarily committed himself.

Other works from different periods, such as "Self-portrait with Pipe and Bandaged Ear," show no signs of the tell-tale patterns. "We think that van Gogh had a unique ability to depict turbulence in periods of prolonged psychotic agitation," physicist Jose Luis Aragon, one of the researchers behind the project, told Nature.

It's also not the first time art has been able to depict scientific happenings in visual terms. Mic reported in March that artists have been unwittingly including meteorological changes in their work for centuries, and Jackson Pollock was renowned for his use of fractals.

Though it's impossible to prove whether or not van Gogh's mental state led to a deeper understanding of complex scientific theory, it's a fascinating discovery nonetheless. Take heed, science lovers — you may just be able to learn something from your more artistic friends.