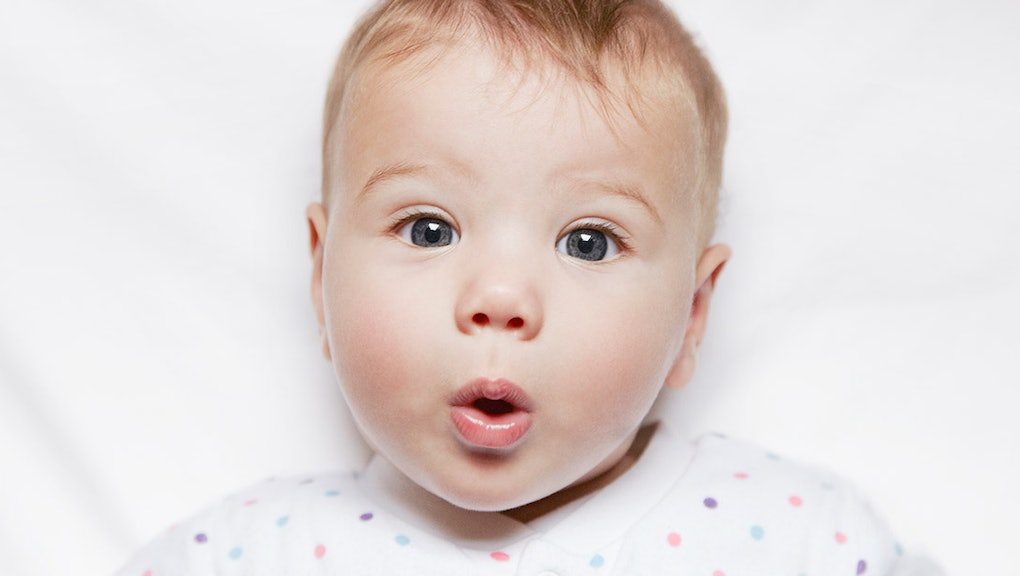 Science Explains Why We Think "You're So Cute, I Could Eat You Up!"

... that makes us immediately say, "Aww, you're so cute, I could just eat you up!"? It's kind of a strange response: liking something so much that you have an immediate aggressive and violent response. So what's behind this ironic and backwards phenomenon?

It's called "cute aggression," and it's actually a real thing. Last year, Yale psychology researcher Rebecca Dyer outlined the idea on behalf of a team of researchers at the annual meeting of the Society for Personality and Social Psychology in New Orleans. Last week, that same team, led by Yale's Oriana Aragon, published a new paper in Psychological Science expanding on their previous work. As it turns out, this kind of incongruous response is actually completely natural and, in certain ways, quite beneficial.

Just like nervous laughter or tears of joys, cute aggression can help us regulate our emotions and maintain and steady state of mind after an extreme and unsustainable emotional reaction.

"People may be restoring emotional equilibrium with these expressions," Aragon told Psychological Science. "They seem to take place when people are overwhelmed with strong positive emotions, and people who do this seem to recover better from those strong emotions."

To reach their conclusion, the researchers showed nearly 300 study participants photos of different babies with varying levels of, well, cuteness. The more cute and infantile-looking the baby, the more the participants said they wanted to both "take care of ... and protect" the babies and also pinch their cheeks and "eat them up." After that, another online survey of 679 adults confirmed these findings and additionally revealed a positive correlation between the baby's cuteness and the participants strong positive feelings.

"It took me a long time, a lot of experiments and a lot of work, to say: yes, people are actually feeling positive [emotions] but expressing negative [responses], and do so across a variety of situations," Aragon told the Washington Post.

In other words: The happier we get, the more our minds naturally try to counterbalance these emotions to maintain an even keel. The same phenomenon also applies to tears of joy; when we're overcome with positive emotions, inherent negative reactions can help us calm down. Nervous laughter is also similar; we try to bring light to a negative or awkward situation through something that's been known to easily generate happiness.

"We really want emotional homeostasis," Aragon added. "We want a happy, middle spot. Extreme is not good. It's hard on our bodies."

Countless human experiences point to this phenomenon that, while socially recognized, wasn't entirely scientifically understood until now. Just ask Kristen Bell about her famously viral Ellen sloth meltdown. If that's not being overcome by emotion, what is?