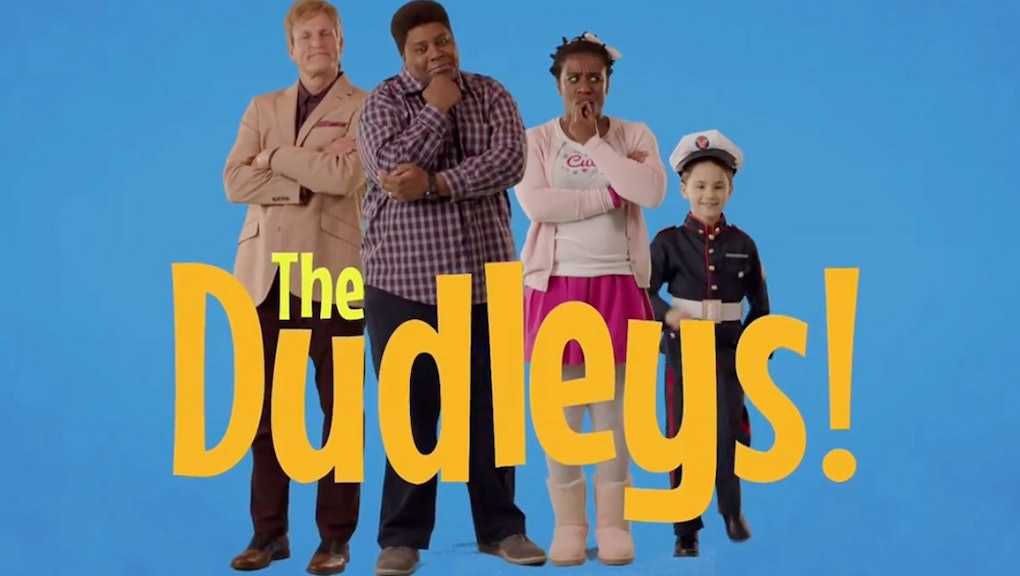 If you've ever wondered how so many bad TV shows get made every season, Saturday Night Live may have some answers. With a sketch titled "The Dudleys!" on Saturday night's episode, SNL smartly skewered the extreme acrobatics a network will often go through to make the "perfect" television show with all the necessary audience input to "fix" a show.

In the modern age of infinite online commentary (in this case, Twitter specifically), it's almost impossible to make a TV show that will make everyone happy, that won't offend anyone, that will accurately represent society, that will include all necessary parties, that will be believable and realistic and, perhaps most importantly but often forgotten, that will actually be worth watching.

To be clear, this isn't to say that we should take pity on the poor network executives chained to Twitter feeds of random viewers (or to suggest that's even the reality of the situation). Rather, in a time when television audiences have more options that ever before and can watch a show about almost anything, networks are consistently turning to the "what's worked before" model or just straight-up asking viewers what they want to watch.

This sounds great, but the results are terrible. This also means trying to make sure everyone is happy in some absurdly backwards attempt to make a show that everyone will like, one with mass appeal. But for every Modern Family that somehow manages to include so many ideas and identities in one acclaimed show, there are countless others that fail in the "ruthless proving ground" of network television where roughly 65% of new shows are cancelled within their first season.

With that in mind, networks just throw a bunch of stuff out there to see what sticks and end up taking this:

In reality, it's unlikely that a show called The Dudleys! about a white family of four with a working mom, stay-at-home dad and two cute girls would be even close to worth watching (even if the concept is, well, hackneyed and rather trite), but the postmodern family pieced together by network execs in the SNL sketch probably wouldn't lend itself to very believable television either.

This isn't to say that networks shouldn't think outside the box and avoid the cliché of the white middle-class family with their "real American" problems. But when a network develops a new show, they shouldn't try to make something that their statistics and market-research says will be successful; rather, they should make real, believable television that is entertaining in its own right. Besides, as SNL points out near the end of the sketch, even when you please everyone, you won't please everyone: