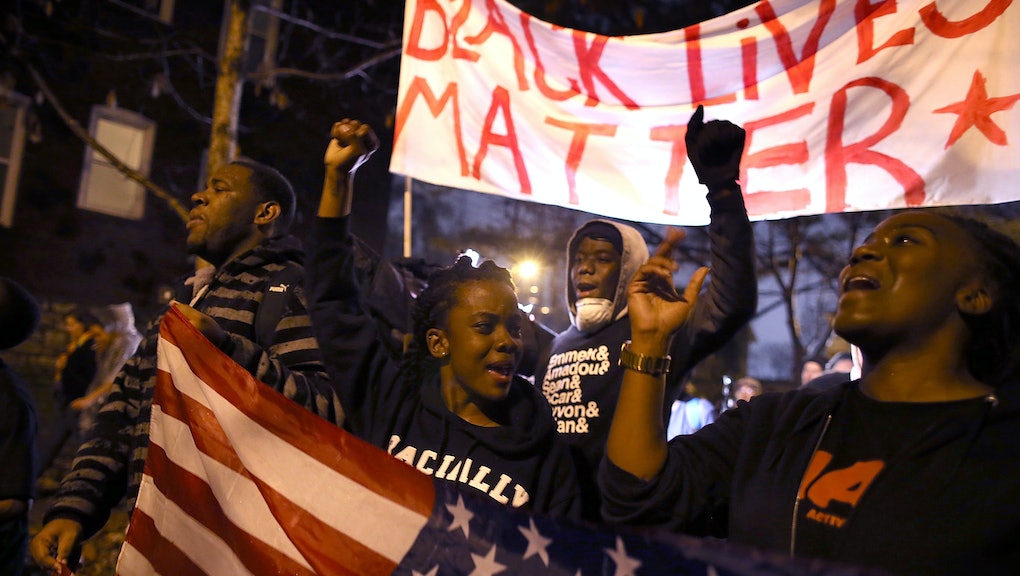 More than three months after the shooting, a grand jury announced Monday it has decided to officially clear 28-year-old Ferguson Police Department Officer Darren Wilson of any criminal and legal wrongdoing after he gunned down 18-year-old black teenager Michael Brown in the St. Louis suburb.

Long time coming: CNN noted that the decision took so long because unlike regular grand jury proceedings in which the prosecution basically presents the minimum amount of evidence and testimony to secure a indictment, McCulloch wanted to present "every piece of evidence and witness" he had, saying, "Absolutely nothing will be left out, so the grand jury is making their decision based upon absolutely everything, and we'll go from there."

Because Wilson has been cleared of indictment, all pertinent evidence and records will be made public, according to an interview with McCulloch, likely paving the way for a flurry of public analysis and legal discussion.

And now that Wilson has been officially cleared of any legal and criminal wrong-doing, many believe the area could be a powder-keg for demonstrations and protests.

Community response: Shortly after the news broke of Brown's fatal shooting in August, Ferguson erupted in several days of protests targeting the unfair and arguably racist treatment of local, mostly black citizenry by the mostly white police force. The protests, marches and demonstrations continued for several days and nights, turning the suburb into what was described at the time as a "war zone."

Leading up to the grand jury's decision, concerns grew about the possibility of more protests. The New York Times noted that "the groups are preparing with intricate precision to protest the no-indictment vote most consider inevitable," and Missouri State Highway Patrol Capt. Ron Johnson told CBS News, "There's a lot of fear. A lot of people are afraid of what could happen. In the end, this is gonna be the community we have to live in."

And as Mic's Sophie Kleeman noted, "Other cities, too, are preparing for protests, with police forces in California and Boston readying themselves for demonstrations." According to a Tumblr blog calling itself the Ferguson National Response Network, major demonstrations are already planned in 14 cities including Topeka, Kansas; Duluth, Minnesota; and Sacramento, California.

But some didn't wait. Even before a decision was announced, to prepare for "the possibility of expanded unrest," Gov. Jay Nixon declared a "state of emergency" in Missouri in an official executive order that read in part:

"I further order that the St. Louis County Police Department shall have command and operational control over security in the City of Ferguson relating to areas of protests, acts of civil disobedience and conduct otherwise arising from such activities."

What about Wilson? Shortly before the grand jury handed down their ruling, Ferguson police Chief Tom Jackson explained what would likely happen to Wilson, depending on the outcome.

"I am not saying that I want Officer Wilson to return or that I don't want him to return," he told MSNBC. "Legally speaking, if he is not indicted, he can return to his job. If he is indicted on felony charges, which these would be, he will be fired."

But now that Wilson has been cleared, he will be free to return to his job in the Ferguson Police Department. However, given the massive uproar against his acts and surrounding this case, it's likely that many won't be entirely pleased with his return.